Okay, colleagues eating apples at work. That statement enough to send shivers down your spine? Rightly so!

Misophonia. Picture the following food related scenario. You’re seated somewhere, say on public transport, and someone nearby is chewing, squelching, and slurping their way through a bag of crisps and can of coke.

You may be blasting through gorgeous scenery, or driving by a glorious urban landmark celebrated the world over, but all you can hear is someone chewing with their gob wide open, finger smacking their way to a burp related conclusion.

If, like us, you get psychotically angry upon hearing somebody’s impossibly obnoxious behaviour, this doesn’t mean you’re an intolerant reprobate.

No, it merely means you suffer from a neurological condition known as misophonia. We must point out this is not related, in any way, to miso soup.

What are the signs and symptoms of misophonia? Why, sir or madam, negative emotions upon hearing certain sounds. Sounds such as:

The responses of sufferers are as follows—anger, the urge to leg it, hatred, and general disgust with the perpetrator.

The condition has been linked with tinnitus, unsurprisingly, as this heightens one’s hearing in an unusual way, making one’s ears particular sensitive to other people and their idiotic lack of self-awareness.

Now if you’re one of those simpletons who considers psychology and neurology to be a fanciful new-age fad based on wayward liberal leanings, please exit this blog with your tail tucked between your legs.

To those of you who are smart enough to add 2+2 together (it’s 3), please join the misophonia movement!

Now we’re aware animals make these sorts of noises. We know a dog whose eating noises are pretty full on, and even our beloved office pet Keith the Syrian hamster chews with his mouth open.

Why doesn’t this bother us? As they’re animals—they don’t know any better. This, in turn, makes them pretty adorable.

One’s annoyance, it is clear, stems from other people’s lack of self-awareness, rather than the noises themselves.

One of the biggest foibles in the modern world (especially since the arrival of smartphones) is this lack of self-awareness.

Call us prissy and overly sensitive if you may, but we’ll call you blockheaded ignoramuses in response.

Misophonia, for all intents and porpoises, is about invasive noises which simply shouldn’t exist.

They are created by individuals who are either obnoxious, blissfully ignorant, or a bit stupid.

Either way, noise emitters are all lacking in a general sense of self-awareness. We mean, seriously, at what point can’t someone understand grunting and squelching their way through a sandwich is disgusting for others within earshot?

Join us then, dear followers, in celebrating self-awareness and misophonia! Everyone who joins the cult will receive a free packet of miso soup, and a brief guide on how to restrain one’s frothing rage upon listening to someone eating an apple.

Finally, for those afflicted with noisy eating habits, here’s a simple solution—eat with your goddamn mouth shut. 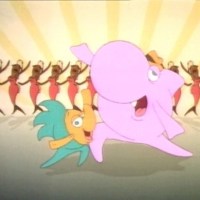 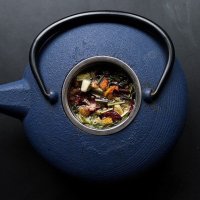 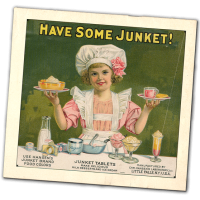