Blue Velvet: Depraved Classic is Still Depraved (and a classic)

It’s not for the faint of heart. There’s a hallucinogenic quality to this deranged story about the crazy Frank Booth (Hopper), a psychotic crime lord distorting the picture perfect nature of the small American town where Jeffrey Beaumont (MacLachlan) lives.

There’s a lot of film noir type stuff here, but ultimately we interpreted it as a major disruption of the American Dream… are we even right? Let’s take a look.

Synopsis: Young bloke Jeffrey Beaumont discovers the nastier side of life after leading a pretty innocuous existence in a white picket fence town in North Carolina. After his father suffers a stroke, he soon after discovers a human ear in a field.

After the trip to the coppers, he meets Sandy Williams (Laura Dern) and strikes up a romance of sorts.

Despite the setting for a boy meets girl type bromance, it’s not long before his suppressed perversions, as it seems, sucker him into the town’s dark underworld.

He stalks enigmatic local singer Dorothy Vallens (Rossilini), but this brings him to the attention of the ether-loving madman Frank Booth (Hopper), which triggers off all manner of weird goings on.

Throughout Blue Velvet the eerie use of music certainly helps to distort the cinematography which, as you can see above, at first depicts an ordered, successful society.

The white picket fence – the embodiment of the American Dream? – is offset by Lynch’s uncanny ability to make disorder and depravity appear never far away.

One of the most famous is below – Ben (Dean Stockwell), one of Frank Booth’s cronies, mimes a performance of Roy Orbison’s song In Dreams. We’re not sure why, but there’s something utterly enthralling about it.

The dreamlike nature of the film has led to sweeping interpretations and a search for its real meaning, if not just to find some symbolism.

When you have strange scenes like the one above, how could you not? On a fundamental level, you could say Blue Velvet simply represents a bad dream for a curious young man sucked into a seedy world of crime.

There are far more elaborate assessments, however. With its femme fatale, film noir approach, surrealism, and gothic elements, some have likened it to the works of Edgar Allen Poe.

Others have looked further afield in their analysis, with suggestions the film’s characters represent a “metaphorical Oedipal family”.

There’s also a Freudian outlook, with the consideration its an expression of traumitised innocence – Isabella Rossilini’s character certainly generates a lot of unhealthy attention from men behaving like idiots.

It’s plenty of these things and a whole lot more, we believe. But what of the film’s status over 30 years on?

Yes, so whilst a challenging and occasionally difficult film to watch, it’s also bloody excellent.

The performances are universally terrific, it’s a multi-layered tapestry of insanity you’ll get something new from on every viewing, and it’ll make you think. All excellent attributes for a classic film, non?

Back in 1986, many film critics didn’t quite agree with this assessment. Even Dr. Mark Kermode of the Church of Wittertainment wasn’t impressed, as you can hear above. He stormed out of the screening in Manchester. Others still hate it – we found this review from 2004 over on Rotten Tomatoes:

Another from 2002 states, “Weird for weird’s sake isn’t enough; there has to be more.” Hmmm… well, with its re-release in cinemas to mark its 30th anniversary, Blue Velvet has certainly secured itself a place as one of the best films of all time.

Naysayers are, of course, welcome to their opinions, but for us it is certainly a dreamy wonder to behold, pick at, stand back aghast in horror, and then watch it all over again to enjoy the experience. Why not join the horror story, eh? 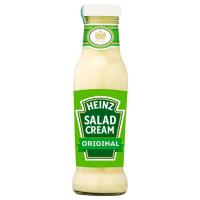