The Supreme Court is really supreme. Here in the UK, it’s so supreme it resides over all matters under English and Welsh law. Additionally, it resides over Northern Irish law and Scottish civil law. That’s supreme! But all that sort of stuff is pretty authoritarian and oppressive. Boring! It’s all so bloody serious, you know? What’s with all the long faces, supreme court people?

This is why we’ve invented the Supremes Court. This consists of Motown female singing group members Diana Ross, Mary Wilson, and Florence Ballard on-hand to perform in court at a moment’s notice. It’s a great way to liven up dreary old court proceedings, so let’s get on with this and explain how it’s going to work.

The Supremes enjoyed much success in the 1960s with hits such as Stop! In The Name of Love, You Keep Me Hanging On, Baby Love, Back In My Arms Again, and Move Bitch Get Out Da Way (subsequently covered by American gangsta rapper Ludacris). Fronted by high-pitched songstress Diana Ross, they were (and was) an unstoppable force of nature.

You know what else is an  unstoppable force? The law! In the Supreme Court, criminals get done for offences such as stealing apples, loitering on street corners, and not brushing their teeth. Top flight lawyers must then try to prove their lack of non-innocence with clever legal defences – a favourite of ours, as freeloaders who frequent court, is pleading insanity. Works every time.

In the Supremes Court, things work as pretty much normal, but there are subtle adjustments keen eyed observers will pick up on. “Objection, your honour!” is dropped, for instance, in favour of roaring “Stop! In the name of love!”, which is then followed by a full rendition of the song by the Supremes, who have to be on hand 24/7 in the court of law.

Some lawyers may utilise this option as a clever tactic in order to disrupt proceedings and make opponents forget where they’re up to. With those catchy tunes, it can prove difficult to even recall you’re own name after hearing Baby Love for the tenth time within half an hour. Seriously, try it at home. Grates on your nerves, yeah? Imagine having to manage all that whilst wearing a wig.

As court hearings can drag on for a long time, the Supremes Court (in its test phase over the last month) has a tendency to fray tensions and create much irritation. As aforementioned, the relentless singing of the Supremes’ hit singles soon begins to grate on folks’ nerves – additionally, the Supremes begin to get tired and performances can become erratic. After 10 hours, for instance, Diana Ross (74) often politely asks for a restroom break. Goddamn diva!

As such, support acts will be trial run to offer some differentiation to suit differing musical tastes for those on trial. As such, the likes of the following ’80s reject bands will be on hand to lift spirits with cheesy synth pop:

Also, Black Lace’s Agadoo will be played at all other times when live music isn’t being performed. The idea here is to gradually drive everyone in the Supremes Court insane, which should help all concerned plead insanity and get off scot free. It just makes everything a tad more expedient, no? 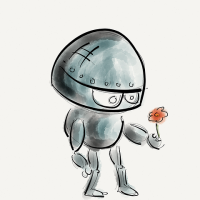