A sleeping bag is a type of elongated large intestine product from the bed industry world. Many folks, such as The Queen of England, would not take to sleeping in a bag.

This is because the Queen has approximately 1,001 beds to choose from in Buckingham Palace. As she is just far superior to you.

But what exactly do you use for your sleeping bag when you’re not sleeping in it? Logic dictates you pour petrol on it and set the thing on fire. But we’re championing the use of non-single use sleeping bags! Indeed, it’s the…

Basically, even essentially, this thing is a giant bag for you to keep your sleeping bag in. And this is ironic, as you don’t normally keep things inside the sleeping bag – except for your slumbering corpse (and occasional rogue wasp).

But the sleeping bag bag is 10ft in length and is as wide as three Canadian geese standing side by side (without their wingers outstretched, of course).

It does, of course, create the analogous problem of what to do with the even more enormous sleeping bag bag (which is $300 and available in stores NOW!). Because with the sleeping bag inside, and the additional bag around it, we’ve found it takes at least two adult men to lug the thing around.

Thankfully, we’ve come up with a few suggestions to help you along with that potential lack of strength issue:

As we don’t have the resources to hire Bilbo Baggins (or portraying actors such as Sir Ian Holm/Elijah Wood/that other one) as a mascot, we got resourceful.

As such, we’re styling Buboe as a type of Ronald McDonald mascot. Utterly disturbing to behold, but ever-present enough to convince you that you’ll want your own sleeping bag bag to use – not Buboes’.

This is the fantastic, award-losing slogan we’ve come up with. In our advert, Buboe croaks this out of his desert-dry gob, convincing you to go out there and waste your money: 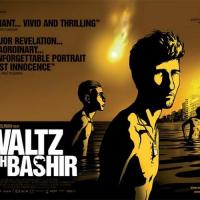