Peaky Blinders is a hit TV shot in the fictional city of Birmingham, where locals speak the made up language of Brummie.

Did you know, we once saw its star Cillian Murphy in a Manchester sushi restaurant? He was taking a break from filming.

That encounter helped us realise the show is rubbish and we can go one better. Thusly, enter…

Shows about voyeurism are pretty unusual. Apart from the endless array of reality TV shows, but here we’re playing the show’s star (Arnold Schwarzenegger) as the voyeurism.

Cillian Murphy reprises his role as a fellow Brummie (and hearing Big Arnie “do” a Birmingham accent is a joy yo behold), but is more of a secondary character.

The whole first season is about people in Birmingham peeking out from behind their blinds. That’s it. So it’s constant mishmash of folks taking a peek from their window at stuff going on outside.

In the pilot this is played straight. Stuff going on outside involves a man dropping a coffee cup on the floor and some chavs smashing a bin up.

But as that’s so boring, the remaining 22 episodes of the first season involve a bit of “fantastical lying”, shall we put it?

Good writing is about realising when the game is up and just inventing whatever inane scenarious you can think of. And Peeky Blinds will become notorious for that.

The show will also face a backlash due to the controversial nature of voyeurism, meaning it will be heavily censored and dragged before the European Court of Human Rights.

There, the shows creator will be presumed guilty and obliterated on the sport with a well-aimed bazooka short from the judge (we presume that’s how the ECHR functions).

Anyway, the show would be a critical disaster and end the career of absolutely everyone involved. But some fun moments would happen along the way! 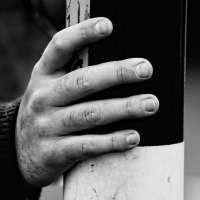