There was a British show in the late 1980s and early 1990s we sure did love. Knightmare was a blue screen CITV production and adventure majigger, mixing video games with fantastical stuff. And it was epic!

Created by TV producer Tim Child, the first series ran from September 1987. Over the next eight seasons, the groundbreaking show gained a cult following.

Its final broadcast was on November 11th 1994. There were 112 episodes in total.

And it was landmark stuff. Everyone involved in the production put a great deal of love into the project, which makes the series enjoyable to return to even now.

Everything about it was appealing and, frankly, a little terrifying for young Mr. Wapojif. It was scary and involving.

We’re not sure when we first started watching it, but that eye-catching intro and blue screen effects must have whacked us at a young age.

The intro to season one was a tad different, relying on animation rather than computer effects. But, still every bit as appealing to (mainly) young lads.

Okay, so the aim of Knightmare was all good fun. Saxon Knight Treguard (Hugo Myatt) is a dungeon master and hosts the event.

Four schoolkids were drafted in. One has to take on the dungeon—the Dungeoneer. The “Helmet of Justice” was placed on that kid’s head, blinding them (doesn’t sound very justifiable to us).

The three others then had to provide instructions (with guidance from Treguard, as these are just stupid kids after all) to the Dungeoneer.

Aim of the game? Try not to die horribly! Kind of the name of the game in life, eh?

And that’s where the blue screen element came in. One kid would be “in” the dungeon (the computer generated bit). For the time, it was very fancy.

It was pretty tense stuff as the kid could get killed within the dungeon, plus there are some creepy individuals to come across, making it one of the more mature kids shows around.

For a long time it was essential viewing for us—right up there with The Dreamstone and other cult classic shows.

The closing credits had a proper epic quality too, with Treguard making some eyebrow raising statement or other. Goosebumps!

And then there’s a dragon and rousing music—this was a proper show for proper kids, you hear?

Memories, eh? What in the name of heck—young Mr. Wapojif returning home to stare at the TV like the moron he still is. Gawking in awe!

Knightmare is the stuff of legend for kids of a certain age here.

Kind of like how Sesame Street must be reverential for many folks over in America. Or whatever kids shows were on in your country.

It’s very much a show of its time. And that’s what makes it all the more special. It’s a glorious moment in kids TV history, that held millions enraptured in stunned silence.

Yes, millions! At Knightmare’s peak circa 1992, 4-5 million watched each episode. Now that’s some…

The show was “rested” in 1994 as creator Child felt the next step was for Knightmare in virtual reality. That was too expensive to manage at the time.

In 2002 Knightmare VR went into production on a pilot, but everyone agreed it wasn’t looking that great.

The result of its impressive and minor celebrity is kids from the late ’80s think rather fondly of it.

On the 25th anniversary a one off special edition was made on Ashens’ YouTube channel. It has over one million views.

More recently, there was a stage show interpretation in August 2013 at the Edinburgh Festival Fringe.

Apparently it enjoyed rave reviews and had another run in London back around 2016.

And you can view many Knightmare episodes on YouTube in full. So, the show may very well be gone for good. But it isn’t… forgotten. 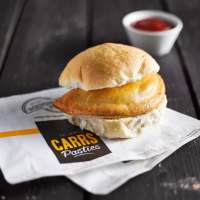