Marriage Tips: How to be a Brilliant Husband or Wife (or both)

Okay, so we’re not married here at Professional Moron. But that doesn’t mean we can’t count ourselves as experts. Why? Because we went to a wedding in 2016. Indeed.

Right, so marriage can be between a man, woman, man and man, woman or woman, and a man or goat (as happened in Romania back in 2011).

But how do you “do” marriage? Well, here’s our essential guide into getting it all right.

Married to the Marriage

For the purposes of this piece, we’re going to pretend to be a woman.

You could suggest it would make more sense for us to pretend to be men (as we are male—apparently), but we don’t see any rational point in that.

So, as a human female, what are the reasons for wanting to do the marriage? We had a think about it. And we feel the following reasons would be enough to induce getting shacked up:

Okay, say we lucked out with #4 and our new husband is Mr. Derek Wapojif. He has the following attributes:

Right, so after 10 years of marriage we’ve got three kids (Charles is our favourite, a straight-A student with a huge wonky nose), a pet dog, a pet cat, and a nice house out in the countryside.

But things are wilting with Derek. He comes home from work and takes out his frustrations on us. He’s stopped using the bog brush. He’s clearly going bald already at 42. And he seems to be suffering from shellshock after accidentally blowing up 130 of his employees.

We also have money problems, in that we can’t buy the $10 million superyacht we’ve dreamed of because the kids’ education is going to cost too much, and our third mansion caught fire last week and needs rebuilding.

Tensions are strained. How do you improve things? And that’s the tricky bit. Professional Moron to the rescue! We’re romance experts.

Romantic things are important in married life. Whether it’s a candlelit dinner or unclogging the toilet after he returns from a weekend away with the lads, romance facilitates love. And love facilitates shoves (as in, the lack thereof).

So, there you go. We’re all out of ideas. That’s what being a bunch of halfwit bachelors does to you. 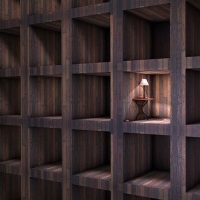 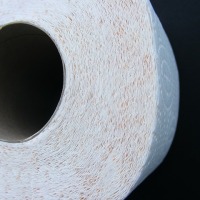