Few things make us laugh. We really are pretty remorseless, bleak individuals here at Professional Moron with no sense of humour.

But Maris Jones’ depiction of Mick Jagger’s questionable dance moves totally did it for us. What’s wrong with Jagger’s dancing? Well, just look at him go!

Okay, Coincidance reference aside, Jagger’s dancing has always left us wondering… quite what he thinks he’s doing.

It’s like a man who knows he can’t dance properly, but is going to do so anyway because he’s in The Rolling Stones. No matter how stupid it makes him look.

Heck, we can’t dance for crap either. So we’ve no idea what we’re on about.

But we do know we love Maris Jones’ take of it. She’s from New York. And does a retro music show out there with her sister. And this is the result.

And then Me and my sister recreated Mick Jagger and David Bowie’s Dancing in the street vid. Ur welcome @laviniajwright pic.twitter.com/F7kVT1kGTs

With her sister Lavinia, she runs the Jones Family Retro Show. It took off on that TikTok app thing and now they’re branching out a bit.

Whilst social media is usually about trying to make yourself look 10/10 hot stuff, what we like about this one is it’s the total opposite.

You have these two ladies dressing up deliberately to look bad. And then totally arsing about exaggerating personality quirks.

But then, holy hell, does Maris Jones nail the Start Me Up video.

Right… what was Jagger thinking here? Great song, but was there any need for his concept of interpretative dance to go with it?

Jones’ performance here is totally Oscar worthy. She nails it.

If you start us up we’ll never stop pic.twitter.com/NpENSGqrrp

Everything about it. The disturbed facial expressions. The initial section where he’s possibly losing it, but then gathers it together to START IT UP!

The wide-eyed lunacy. The psycho sharp movements. The arrogance. This is a man not quite in step with sanity.

Satire, yes, but it’s also a loving homage. Of sorts.

They hit fame on TikTok (normally the home of talentless dumbasses looking for attention whilst trying to make themselves look pretty). That was mainly due to their faithful recreations of old Beatles videos.

Now they have regularly shows in New York along the lines of this.

We’re excited to announce the lineup for our LIVE SHOW! Hosted by Simon & Garfunkel* with sketch comedy by OK Meatplace, burlesque by DING DONG DADDY and musical guest QUEEN*. Plus The Jones Family Retro Show House Band will be bringing the hits all night long! Also special suprise guests will be on hand. Tickets are on sale now! Link in bio. @okmeatplace @unclegorodetsky

We like them! It reminds us of what it was like being super young. Lots of energy and an eagerness to self-deprecate.

They’re quite happy to make themselves look weird or stupid. And that’s glorious. A bit of humility goes a long way in this day and age. Have at you! 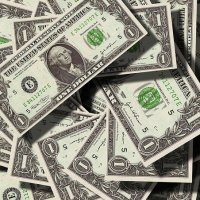