Some shows from childhood you remember fondly, but vaguely. Danger Mouse is one such example, a fun secret agent parody about a quick-witted rodent.

What is Danger Mouse?

It was a British cartoon series that ran from 1981 to 1992. It was created by Mark Hall and Brian Cosgrove for Cosgrove Hall Films

There were 10 series in total with some 161 episodes ranging from five to 22 minutes. The final episode aired on 19th March, 1992.

Danger Mouse stars the eponymous rodent, who’s a secret agent out to save the world from evil dudes.

The show was popular for kids back in the 1980s and we watched it a great deal on TV. It always seemed to be on around the likes of Knightmare and Garfield and Friends.

We remember watching it all the time. Often early mornings on a Saturday, 6am, before the rest of the family was awake.

Each episode revolved around the heroic Danger Mouse (voiced by David Jason—of Only Fools and Horses fame) and his sidekick Penfold (Terry Scott).

Worth having a look at the latter, as there’s an odd thing going on here.

Penfold is timid and bespectacled. He’s often reluctant about getting involved in adventures. The character is supposed to be a hamster, but looks much more like a mole.

Seriously, take a look at this thing and what do you see?

He doesn’t look remotely like a hamster! He looks like a mole. But the studio’s Brian Cosgrove has confirmed it’s a hamster.

And the mouse’s boss, Colonel K (Edward Kelsey), is supposed to be a chinchilla. But everyone thinks he’s a walrus. Let’s take another look.

Seriously, what was up with Cosgrove Hall Film’s artists in the early 1980s and their disastrous capacity for drawing realistic rodents?

Anyway, many of Danger Mouse (who does, at least, look like a mouse) and Penfold’s adventures had a weird habit of ending up in Antarctica. They spend half the entire show’s run hanging out in the snow.

The show’s producers later acknowledged this was due budgeting issue. Not due to a low budget (the show was expensive to produce for its time), but Danger Mouse was maxing out due to its advanced concept.

Over 2,000 separate drawings were often a requirement to make a single show.

As such, many animation slides were used repeatedly. Many plot developments led the intrepid duo to the North Pole, so the artists could use (much cheaper) white paint.

Another cost-cutting exercise was to place the paid into “the dark”, so only four pairs of eyeballs could be seen across a black screen.

The show’s villain is Baron Silas Greenback (also voiced by Edward Kelsey), who’s a wheezy toad and a bit of a bastard.

So, as you might expect, episodes play out in a James Bond type of way. But with a great deal of parody and satire.

Got a spare 20 minutes? Here’s one of them for you—right off the official YouTube channel. Squeak!

The show was a hit. Well… a minor hit, you could say. Viewing figures peaked at 23 million in 1983! OMG! That’s more than The Walking Dead manages.

In fact, it was so massive that it became the first ever British cartoon to get snapped up by America’s major powerhouse Nickelodeon.

Its quick-witted, dry humour rapidly appealed to kids, young adults, and adults. So the show was a kind of generation busting super hit.

Surely Cosgrove Hall Films had no idea it was going to be this much of success? The mania for the show may have died down a bit now, but what’s left are very happy memories.

A great fun little show with a quick British wit and comedy star as its main talent. Danger? Indeed.

Like most things these days, there was a BBC reboot for the series. We’ve not watched it and so can’t comment at all.

However, with a budget hike the show now appears to have a more diverse range of scenery for the characters to scamper through.

But we’ve got to say here, we can’t help but think most people watching the new show will be folks like us. Rejects from the 1990s looking for a nostalgia kick.

Anyway, we’re sure lots of kids enjoyed this as well. Which is the important thing.

Judging from reviews, the reboot was pretty solid as well! So, keep on being dangerous you super secret agent mouse, you. 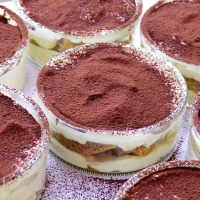