From Phobia Game Studio in Warsaw of Poland we have the latest Metroidvania game of the moment. And it’s bloody grotesque. Hurray!

This one shakes the Metroidvania formula up a bit. And it’s available on pretty much every console thing you can think of. And the PC.

You star as an amorphous monster—one crazy big bloody bastard with masses of tentacles.

You’re imprisoned in a facility. And after you break out, you’re free to wreak havoc across the place as puny humans panic. Mwahahaha!

And what follows is a fast-paced, claustrophobic, and eerie little number.

Carrion reminds us of a mixture of things across video games and film. For the latter, The Thing is there, for sure, along with Alien.

It also takes inspiration from indie games such as INSIDE and Axiom Verge. With such impressive influences, how can you possibly go wrong?

Carrion doesn’t! It’s fantastic fun, although not quite an outright classic. But it’s a welcome innovation in the 2D platforming genre. Have a gander!

As you star as the monster dude, it’s not like an Alien Isolation sense of terror. You’re not being hunted down by anything.

The horror element (and personal discomfort) is due to the rather visceral and gory way the beast goes about the place.

You can stalk the humans you come across. And munch on their corpses to gain back your health.

And that’s one of the fascinating things about Carrion. The speed of the monster, which latches tentacles to walls and ceilings to move at a hell of a rate.

You launch in and out of each area like Linford Christie (we’ve waited a long time to crack that simile—despite its woeful relevance here)!

It’s pretty horrifying to watch. But as you’re in control, it soon becomes second nature. And you start to wish you had such demonic capabilities in real life.

You get the Super Metroid element as you progress. As in acquiring new abilities. However, some of the power-ups aren’t exactly eye-opening in their amazement factor.

They’re quite basic and sometimes irritating to accomplish. Hardly the seamless type of flow you’d expect.

Which is quite a common issue—we found the monster’s grab abilities to be a bit all over the place. Sometimes it works, sometimes it doesn’t. You have to be very precise.

Also, there’s no map! What the hell!? So you can get lost if you’re not paying attention. Which leads to slithering about the place until you work out what to do next.

However, a few minor quibbles aside, we can’t really fault Carrion. It’s accessible and a title you just throw yourself into.

We wouldn’t say it’s an indie game classic. But as a darkly engaging body horror type jaunt, there’s either this or INSIDE to keep you screaming happily. 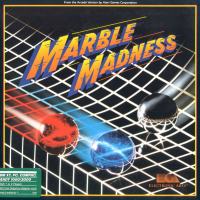 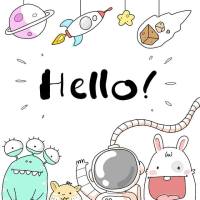