Hello and welcome. Today we’re going to introduce to the world an exciting new recipe. It’s a glorious mix of evening foods, with morning foods.

To be precise, we decided that porridge and pasta should merge together. Finally! After thousands of years apart, they’re now joined together in holy matrimony. Bless.

After bringing up this idea at work, it was dismissed by most of those around us. But we kept on coming back to it.

There’s something… right about this recipe. Porridge. Pasta. In the same bowl and all you have to do is use your hands to scoop the goop into your face.

Oh yeah, we’ve decided this is going to be a finger food. No spoons, forks, or sporks allowed with this one.

And that’s pretty much it! You’ll note the dish resembles a type of slime when merged together. Not especially appetising, sure.

But you can make it a wee bit better by chucking something like haddock in with the other ingredients.

And you should also have a dessert of sardine ice cream. Or you can just add that in with the porridge and pasta mix. Whatever. The world is your oyster.

As porridge and pasta isn’t unhealthy enough for our liking, we’re suggesting you tip in at least five grams of salt.

You can season with black pepper, cheese, Marmite, and other things that take your fancy.

Just whatever gets the salt level up to a dangerous degree, you know? It’s 2020. We want to live dangerously.

Is Porridge & Pasta a Soup?

No. We classify it as a main course. It’s not soupy enough to be a soup. It’s more like a type of broth, we guess.

Regardless, it is definitely a finger food. So don’t be afraid to just stick your hands straight into the bowl upon its arrival.

Not especially. We’re not really big believers in food tasting good. It’s more of an experimental art form for us.

One where you combine ingredients stupidly until one is repulsive, but not dangerous enough to outright kill you.

It’s this maverick motto that has led to us winning zero Michelin stars for our foodie efforts.

We don’t mind being misunderstood during our lifetime. Future generations, as they succumb to ailments due to our recipes, will recognise our genius. 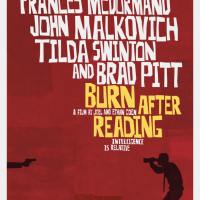