Exclusive Santa Column: The Christmas Disaster (and some good bits)

Well, that’s it for Christmas 2020, people. Did you get what you wanted? Probably not. Santa really screwed it up badly this year.

Can’t say we’re proud of him. And we’re reviewing our newsletter contract with the bearded wonder, as we’ve started to realise a lot of his ranting… is kind of bigoted.

Those of you who have followed the rush to Christmas this year will know how dire the situation is. We had 7% of the toys required ready. We still had 7.1% complete with less than one week to get it all done.

After the last column, I tried to change my act and save Christmas. I stopped drinking and switched to filtered water.

I ate a carrot and enjoyed the vitamin D. My brain fog cleared and I looked around at the state of my factory. The stench of death, dilapidation, corruption, greed… something twigged inside me.

Boredom. I realised I was bored and the smell was annoying me. So, after a record of three days sober, I returned to my drinking cabinet and hit the absinthe.

12 hours later I was bellowing obscenities from the roof of factory unit 5, which was on fire after I’d shot at it with my bazooka (not a euphemism).

The next day I hit the whisky. Everything has been great ever since. At least for my mood, but otherwise Christmas didn’t go so well.

Okay, I admit it. I badly messed up this year. With disease outbreaks, laziness on my part, coronavirus, and factory repairs left unattended… we just weren’t in a position to do anything except fuck up.

Not helping the matter was my shredded workforce. Normally I maintain around 1,000 elf employees (whom I pay well below minimum wage).

This year? I began the Christmas run with 50. By the final week, a mere six were left. Whom I thrashed mercilessly with my belt for failing to meet KPIs.

So, it’s fair to say by Christmas Eve we were in a terrible situation—in terms of toy production and the skeleton crew left at the factory.

It’s like a wasteland here. Of the 15 factory units at the site, only two are left in operation.

The rest are either on fire, burned to the ground, blown up, or uninhabitable due to disease outbreaks (plague, mainly) or nuclear meltdown.

To improve the lack of toy matter, I went on Amazon and ordered in a load of stocking fillers and knickknacks.

Stupid stuff that should at least take some of the edge of what’s happened this year.

Oh what’s that, little Johnny? You wanted a PS5? Well, this 1950s chemical toy set will make you into a genius! Possibly.

I also loaded up on traditional Christmas gifts from the 19th century. This sort of stuff:

So, yeah, folks from around the world had all that sort of stuff to look forward to. Sweet, eh?

Well, except Christmas Day was a right royal disaster as well. God, this one was bad. I put it down to my gout.

Yeah, so my gout was so bad I couldn’t get into the traditional Christmas sleigh. Just as well, because Rudolph and the other reindeer were lashed on beer and cider.

To get the job done, I decided to use a helicopter to deliver presents around the world for 2020.

In a fit of drunken paranoia, I ordered a military helicopter. Just in case I was attacked by communists or any other left-wingers during my annual haul.

We slung all the toys in giant bags and hung them from under the helicopter.

Mrs. Santa Claus and my head elf, Markus, helped me to hobble into the chopper. And with the five other elves, we set off to deliver the presents.

Sadly, I was drunk at the time we took off. And drunken Santa at the wheel isn’t the best at judgement calls.

Bolton of Greater Manchester was my first port of call. We didn’t make it.

Five minutes after take off, as we veered from left to right in the sky, I careered into the side of a weather balloon.

Upon impact, I jammed my fingers into the missile buttons and, simultaneously, six of the bastards roared out of the chopper.

I later found out they all slammed into the side of several pigeon coops in Bolton, for some reason, releasing thousands of pigeons across Lancashire.

The papers all reported a “shower of shit” covering the many towns of the area. Locals awoke believing it to be a beautiful white Christmas, only to find it was bird excrement.

Some had rushed out merrily in to the street with much gay abandon to frolick in the “snow”, make snow angels, and construct snowmen. None of which was, of course, in any way possible.

Oops. Oh well, at least no one was killed.

Meanwhile, after out weather balloon impact the helicopter (naturally) burst into a ball of flames and we and the assortment of crap Christmas presents slammed into the snowy North Pole wasteland.

Bruised and battered, we then made our way home. Three of the elves were blown to smithereens in the smash, but who cares about those tossers?!

As Christmas 2020 was a total disaster, I must now buckle down and face the backlash from stakeholders and the media.

The tabloid press was particular harsh on me, labelling me “Shithead Santa” and calling for me to face jail time.

In response, I threatened to detonate one of my atom bombs. Funnily enough, the press backed down after that.

But, well… it turns out my business empire lost billions because of this fiasco. Billions!

I hit the bottle fairly hard to take the edge off all of this. I’m slugging from the bottle as I type this out right now.

Some UN investigators are on their way over to review my work standards. Me and my shotgun will be ready and waiting for them.

After that… I may have to disappear for a while. I hear the South Pole is kinda nice at this time of year.

So I may switch location for 2021. Start anew. And if I’m on the other side of the world and upside down, maybe my gout will sod off. Merry Christmas, everyone! 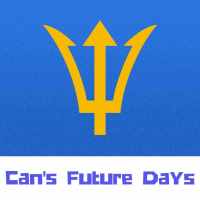