Shoot You Down: Aiming at The Stone Roses’ Classic Track

After our review of The Stone Roses’ Waterfall in 2019, we’ve decided to take a look at another of our favourite song from the band.

Shoot You Down is a four minute chill out epic, featuring enigmatic lyrics and the blending of classic rock with ’80s dance the band had come to master.

Taking a Shot at Shoot You Down

The song is track nine on The Stone Roses’ eponymous debut album from 1989.

We’re not sure when it was written, but it began appearing on the band’s live sets during 1989.

It’s a magnificent number. Quite and brooding, but with layered and beautiful guitar work from John Squire. It’s reminiscent of Hendrix at his best.

Bassist Mani loops into that and drummer Reni is on magnificent jazzy form.

Shoot You Down is the most chilled out number on the band’s debut, featuring hushed lead vocals and quietly aggressive lyrics from singer Ian Brown.

The main part of the lyrics features:

You know it,
You show it,
And the time has come to shoot you down,
What a sound,
When the day is done,
And it all works out,
I’d love to do it and you know you’ve always had it coming.

At the band’s gigs, when the music dropped away to leave Brown whispering, “I’d love to do it and you know you’ve always had it coming.” That’s really a glorious thing right there. More on that further below!

But quite what the song means is open to interpretation. We couldn’t find any information from Brown about it.

Given the album’s anti-monarchy and anti-Tory sentiments, you could make a strong argument it’s a song about taking down Thatcher’s horrible government.

However, other fans have different takes. We’ve seen one person online suggest:

“Shoot You Down is the tale of a man that has grown tired of a relationship that he foresees the demise of. He is bitter that he did not turn her down in the beginning.”

We’re not sure if they have an official source for that, but we guess that’s one of the frustrating joys about The Stone Roses as a band.

It’s never quite clear what the band is alluding to, but there are enough subtle nods to guide you towards a revelation.

Notable Live Performances of Shoot You Down

For live performances, The Stone Roses would often meld the equally excellent Where Angels Play into Shoot You Down.

This was done to incredible effect at the band’s legendary Blackpool gig in the summer of 1989.

John Squire was on magnificent form throughout that gig, the introverted guitar god.

You can also see and hear the genius of drummer Reni in action, with a three-piece kit he could produce percussive sounds his peers could only dream of.

From the 1:50 mark onward over Squire’s beautiful guitar solo, he adds a gorgeous little drum fill that shows the subtlety and feel he had with his playing.

Shoot You Down was also an important inclusion for The Stone Roses’ first gig after reforming, which was in 23rd May 2012 at a Warrington venue.

Any doubts over whether the band still had it were quickly put aside, even if the likes of Reni hadn’t performed drums live since 1990.

The band toured extensively throughout 1989, with many highlights from that year.

A trip to Tokyo resulted in a typically energetic performance, with this take on Shoot You Down going at quite a pace.

There’s an unexplained issue at the start of the song where Squire doesn’t kick in.

Whilst he sorted out whatever was happening, that left the band’s incredible rhythm section to loop the intro over and over. Mega.

We’ve been fascinated by Reni’s drumming on the song for ages. He was using a three-piece kit at the Stone Roses’ peak and his variations on playing the song live stand as a real mark for the guy’s brilliance.

Unfortunately, video footage of the band at their peak in ’89 and ’90 is all too rare.

However, in 2007 a bunch of videos from a Finland gig were loaded up to YouTube. We rejoiced at that development then and it’s amazing to see the clips still online all these years later.

This amateur recording also caught one gig attendee wielding a bicycle around in mid-air. Guess it’s just a Finnish thing.

There’s also a fine live performance from the band’s Glasgow Green gig in 1990, the band’s last with Reni until 2012.

Headlining that festival, the Roses performed in a giant tent. It’s often regarded as the band’s finest ever performance.

The recording of the whole gig isn’t the best, but strong enough to help you hear a band at their absolute peak. So, it’s an absolute gem for Roses fans.

The Flaming Lip’s Take on Shoot You Down

In 2013, The Flaming Lips did a cover album of The Stone Roses’ eponymous debut. It’s called The Time Has Come to Shoot You Down… What a Sound.

Curiously, The Flaming Lips stated the album was, “Basically the same song repeated.”

Regardless, we’ve listened to their take on it. Shoot You Down is at the 32:53 mark. Our opinion here isn’t very positive.

But we’re sure some people out there will prefer this type of music. 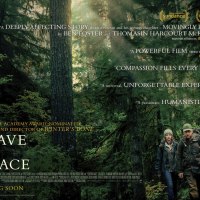 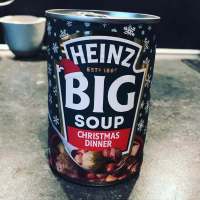