The Stone Roses: All for One Single Makes Everyone Lose Their Ship

The Stone Roses released its first new song in 20 years yesterday. The incredibly enigmatic and elusive band launched All for One after years of silence since reforming in 2011 (which itself followed 16 years of nothing after they split in ’96). The news went out on Twitter and the post now was 20,000 retweets – there was much consternation from fans about the news.

It was played live on air for the first time last night. It’s an upbeat romp and features a scorching, brilliant guitar solo from John Squire (arguably the world’s most underrated guitarist) and some typically funky, rocky drumming from Reni. We like it! The band excels at euphoric pop and rock and this effort is a welcome addition to its library.

It’s not the band’s finest lyrical moment: “All for one, one for all” followed by lots of notions on “harmony” and forming a “wall”. The band aren’t ageing hippies, however, and this may well hint, given the band’s political leanings (anti-monarchy, anti-Thatcher), towards a potential pro-EU stance.

They’ve not spoken about this publicly, but it’s a theory of ours. Either this or they’re simply promoting unity in a time of tension, strife, and social and political upheaval (many of these issues relating to the UK, if you’re wondering, where an important vote on the EU beckons).

The positives? The song captures the band’s sense of fun and offers a punchy, anthemic romp for the summer. Some critics (The Guardian gave the single 3/5 before going on to provide a remarkably biased, seemingly agenda-driven reaction section – not good journalism, dears) have criticised it as being a flawed attempt to try and make a big old anthem. Others were much more welcoming, notably The Independent and The Telegraph – you’d expect the latter to struggle with its liberal notions, but evidently not.

The song’s not on the same level as tracks on the band’s genius eponymous debut album (The Stone Roses – duh). But what is it? An upbeat return single – it makes us look forward to the album which is on the way, and reminds us why we love Ian, John, Mani, and Reni.

Our Love For Outraged Opinions

As always with The Stone Roses, there’s a divisive split. Some people love the song, some people hate it and, boy, are there are a lot of angry opinions! What the internet era has taught us here at Professional Moron is to remain calm and rational when appraising something.

Unfortunately (although, paradoxically, hilariously – a fortunate thing), the release of All for One is the latest example of a lot of people losing their ship about something innocuous and life-affirming. Whether it’s dribbling imbeciles, trolls, or quasi-intellectuals, comments sections are crammed with those eager to dish out their opinions as fact.

This is why we love them, as they allow people, no matter how idiotic or reprehensible, to be as irrational as they want. Folks behaving like obnoxious dumbasses online (an exceptionally common occurrence) aren’t necessarily like this way in the wider world, but something about the internet brings out the worst in people’s personalities. With hilarious results.

The moral of this story? Always be calm, cool, and collected if you want your opinions to be valued. Do you hear us, you goddamn morons?!?! 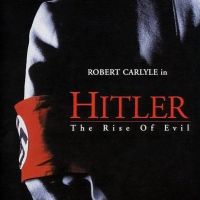