The real Super Mario Bros. 2 hit the shelves in Japan back in June 1986 affixed by The Lost Levels.

It’s the same graphical and gameplay style as the landmark 1985 outing, although the difficulty level was ramped up to such a degree it was deemed too much hard work for Westerners.

The result? America and Europe received a radically different experience in 1988 which was adapted from a NES peripheral game called Yume Kōjō: Doki Doki Panic. Let’s take a look.

As kids playing the sequel, circa 1990, we had no idea it wasn’t the intended follow-up to Super Mario Bros.

Looking back now, it certainly has some weird inconsistencies from other Mario platformers – in fact, it’s a radically warped take which has gained a fair bit of criticism online in recent years. It’s the bad Mario, apparently.

We really like it, though, and it’s a welcome addition to the Mario canon, even if it’s a little far removed from its NES counterparts.

Even the plot with this one is different – Mario dreams of an alternate world called Subcon, into which he and his mates (Princess Peach, Toad, and Luigi – that’s his brother, but probably a good friend as well) are warped to.

There, the dastardly frog monster Wart rules the land and it’s your job to defeat him. No Bowser in this one!

As the player, you can pick any of those four, but they all feature a slightly different ability. As kids, we always picked Luigi or Peach.

The former can jump super high, whilst the latter had a really handy floating ability. Mario is a, sort of, all-rounder, but Toad has a decent turn of speed on him. Plus, it’s Toad. He/she/it is ace.

Across multiple worlds you go romping, with the level design remaining interesting and some fun stuff going on… but it is pretty weirdly removed from other Mario games.

The boss battles are certainly a highlight, though, as you take those mothers out, plus there are these key sections where you grab it to open a door somewhere else, then this smiley emoji dude starts angrily chasing you about. That used to cause us anxiety as kids – it’s freaky.

The different level design has led some to suggest this isn’t a proper Mario game, though, and it does feel like Nintendo took the characters and dumped them into an already designed game and made a few tweaks here and there.

You could complain, but as the game is such good fun there’s really no point being a misery guts about it.

It took over 20 years, but we finally got to play the real sequel when it hit the Wii U. The notorious difficulty level kicks in immediately – as we’ve discussed on other posts, such as Ghosts N’ Goblins, many developers ramped up difficulty levels to make short NES games appear longer.

With Nintendo, it just seemed to do it for a laugh: “You played the first one? Well here it is again, but MUCH more difficult! Cry, fools! BWAHAHAHAAH!”.

Some of the jumps you’re expected to complete are outrageous – we found ourselves regularly, during our run through the game (helped along enormously by the Wii U’s standby feature, which lets you save at specific points and immediately have another go), stopping to stare in disbelief at the arrangement of blocks you’re expected to negotiate.

Some of the springy jumps are mental as well, which all makes this title enjoyable, but also something of a weird entry into the series.

The company realised the series’ full potential a game later, however, when the almighty Super Mario Bros. 3 landed. It’s still one of the greatest games of all time and almost certainly the NES’ masterpiece.

It overshadows 2 by a long margin (both versions), but we still have a lot of love for this peculiar little number (again, both of them). Well! That wasn’t confusing, Nintendo! Indeed. 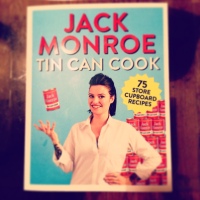