This adorable little series has peppered many a childhood with happy penguin memories. The eponymous character is iconic thanks to his catchphrase honk and disruptive antics. Today, we honour the show and its legacy.

The handiwork of Otmar Gutmann (1937-1993), the German director and animator oversaw the show from 1986 through to his untimely death.

Silvio Mazzola wrote each episode and Gutmann would create them at Trickfilmstudio in Switzerland.

The show is about Pingu! He’s a young emperor penguin living with his family at the South Pole. There they get up to all manner of minor family life hijinks.

Due to its universal appeal, headed by Pingu’s catchphrase of “Noot noot!”, it was a big success and remains popular to this day.

As this is stop motion clay animation, the process was complex for the show’s creators. So each episode was, typically, only around three or so minutes long.

The interesting thing is the show wasn’t always cute and cuddly. There were genuine messages behind it all.

As some YouTube users point out, such as Georg Rockall-Schmidt, Pingu is far from a saintly individual. He’s a precocious little git at times.

And there are some points in the show that are pretty disturbing.

That walrus thing has cropped up across various other YouTuber’s memories, such as with I Hate Everything. Clearly, it ruined many a childhood—along with Watership Down!

But our abiding memories of it are nothing but great. Fantastic even.

It was a fun little show with a bit of an occasionally petulant brat penguin, but Pingu is lovable and his antics ever entertaining.

And those familial disruptions are so universa. The issues of growing up—nightmares, trips, falls, sibling rivalries, parental arguments etc.

Yet through it all there was Pingu’s inquisitive nature. His desire to get out and experience the world. That and his naivety are something to marvel out. The joys of youth!

There’s something every era can take from Pingu. Whether you’re a bumbling Adélie penguin or otherwise—noot noot.

Pingu in the City

It was a merger between Japanese production companies Polygon Pictures, Dandelion Animation Studios, and Mattel Creations.

It’s a bit unclear if there’s going to be a third series, but the show has come across to the UK, over to Brazil, and various other countries.

So the Pingu concept lives on! And good, as it’s a great fun little creation for each new generation of kids to enjoy.

Noot noot! *hacking and retching cough* Sorry, we’re getting too old for that. 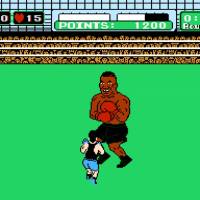