Right, in 1997 Nintendo released this as a kind of compendium of some Game & Watch titles. Four of them, in fact. These are:

All of which are adapted from the original Game & Watch titles from the early 1980s. But Nintendo R&D1 (along with a developer called TOSE in Tokyo) modernised the games for the late 1990s era.

The Game Boy was still at large around the time. Although it’s pretty retro now, its bulky graphics added plenty of heft to the classic Game & Watch approach.

However, there’s also a feature that lets you switch back to the original Game & Watch style. Should you want to do that.

Of course you’re here for fun! And each game has something different to offer. But the sole aim is to keep going for as long as possible and bag a high score.

So, Game & Watch Gallery is something we dipped in and out of around 1997. You have a quick blast every now and then to try and better your top scores.

We still really like the Octopus one. You have to avoid the dangerous bastard and gather treasure from a deep sea treasure chest!

It was enjoyable fair, but the type of thing these days that’d have all the Game & Watch games available in one collection.

Given the Game Boy’s technological limitations, we can understand that.

But it does seem a bit of a novelty swizz—only four games. But for what it was at the time in 1997, we had a blast on this one and are memories of it remain fond.

The Game Boy Colour was out by that point, so there was a touch of panache to proceedings. That’s rather than the Game Boy’s familiar black and white.

There were a bunch more of the collections, the last turning up in 2006 as The Game & Watch Collection.

Perhaps wisely, Nintendo fully embraced the basic nature of the Game & Watch graphics for this lot. The focus is entirely on replicating the 1980s LCD screen look.

Many developers feel the need to modernise classic titles with new graphics.

It’s a controversial point almost, as many gamers appreciate the distinctive look of titles from yesteryear.

So, with titles such as Game & Watch Collection, you have the look and feel of these charming old games.

But they also perform a bit better thanks to the technological overhaul. So, win-win there we believe. 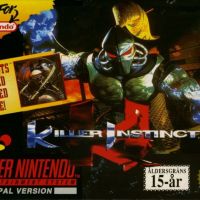