A late night blog post from us. Shocking, eh? Whilst Professional Moron do dearly miss our crazed little Chinese Dwarf Hamster Beans, we have come to love her larger replacement, Boris the Syrian Hamster.

She’s not as manically athletic as Beans was, but she’s more intelligent, sweeter, yet also conniving, cunning, destructive, and utterly infatuated with food. Imagine a 13 year old girl at a One Direction concert – she threatens tinnitus for miles around. Now imagine Boris at, for instance, the offering of a sprig (!?) of broccoli.

Now raw broccoli (even though we love veg here at Professional Moron) is pretty gross. Not for Boris the Syrian Hamster – he launches himself at it with the manic fervency of a demon.

Mr. Wapojif has taken to feeding him stuff like this through the cage roof, and now Boris hangs around on raised paws looking about for the latest offering.

She’s so delirious about this I could just stick my finger towards his face and he’d try and eat it. Here’s what else he’s been up to in the 2 months we’ve owned him.

Realising Bean’s old cage was a touch small for him, Mr. Wapojif built a new Super Home out of a plastic tub and Bean’s first cage (which she didn’t like very much – I’d kept it and, presto hey, with a bit of hacking with a knife I was able to join the two together).

All went well until Mr. Wapojif decided to stick an egg carton box in the big tub (this was perhaps somewhat dense of Mr. Wapojif). Boris used this as a Launchpad out of there! Not content with freedom, he assaulted Mr. Wapojif’s bathroom wall and made a minor amount of damage.

Now getting up in the night to find your hamster loose in your bathroom is quite the experience. Luckily the lid was lying around, and with Boris back in the Super Home and lid inserted on top, all would be well.

Having tasted blood, however, Boris became an escaping machine. Removing the egg carton to dissuade his lust did nothing – she began charging around the Super Home looking for a way out.

Eventually, one night, he decided to chew his way through the blue cage on the left. This time the bathroom door had been left slightly open, and as Mr. Wapojif read in bed (Jack London’s The Call of the Wild, ironically), Boris appeared and went waddling around sniffing at stuff.

With a mad dash and a dramatic cry of “Boris!” Mr. Wapojif scrambled up and hastily got him back in his home (he’d assaulted the bathroom wall again – is this some unknown psychological issue hamsters have? A hatred of walls?)

Regardless, she’s now back in the first cage whilst Mr. Wapojif fortifies Boris’ new Deluxe Super Home (two of those boxes together – with lids (complete with air holes, of course) and a hired sniper rifle-wielding guard to keep him in there).

It’s not all bad news – for Christmas the Professional Moron staff bought him a “Sputnik” plastic home, which hangs from the roof of his cage and she can clamber in for some “alone time” and philosophical musing.

So, whilst we love the hyperactive little git, he needs to control the Great Escape styled lunacy. We won’t be watching the Steve McQueen film with him this year, let’s put it like that. Innit. 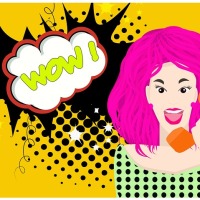 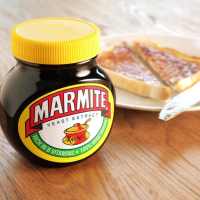 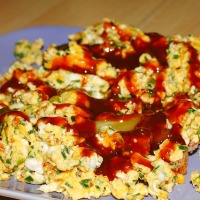