All Quiet on the Western Front by Erich Maria Remarque

All Quiet on the Western Front (Im Westen nichts Neues) was written by German war veteran Erich Maria Remarque (1898-1970) and published in 1929.

Quite some time after the end of the First World War, but a necessary work all the same. Make no mistake—this is a powerful classic.

A pacifistic work that forced Adolf Hitler to burn all copies in a censorship purge.

All Quiet on the Western Front

Im Westen nichts Neues translates as “In the west nothing new”, but the first English translation back in ’29 retitled as above.

So that’s how it came to have its famous title. Even though it’s not what the author intended, it has a certain impact we like.

It’s clearly a highly autobiographical work and deals with a young soldier, Paul Bäumer, who has to endure the extreme mental and physical stresses of WWI.

This, of course, was an era when shell shock wasn’t understood. Most army officials put it down to cowardice—for the British war effort, the army shot many of those suffering from the condition.

Bäumer is  a young man who, along with his classmates, is inspired to head into way by their teacher—Mr. Kantorek

The patriotic verve that follows soon gives way to crushing reality. And it makes for brutal reading as a result.

But to be clear, this is no gung-ho celebration on the joys of mindless nationalism.

The real tragedy is showcased in how Bäumer finds himself making friends, particularly with colleagues his age, only to find them soon annihilated.

Remarque took close care with his characterisation, ensuring you come to know the young men and grow to like them.

In the closing stages of All Quiet on the Western Front, Kat is gravely injured.

Bäumer helps his wounded comrade to safety whilst attempting to wring contact details from him so they can meet up after the war.

This is a novel by a humanist. And one who clearly points out the madness of warfare. It was a critical success and soon spawned a sequel: The Road Back (1930).

As well as an Oscar-winning film the same year—a bit more on that below.

Unlike Ernst Jünger’s Storm of Steel, which we recently covered, Nazi Germany banned and burned the book during one of the regime’s numerous purges.

This is presumably due to the book’s pacifistic leaning. Whilst Hitler celebrated Jünger’s work, Remarque was exiled from Germany. He continued writing after WWII and died in 1970.

Since then, All Quiet on the Western front has become a much-celebrated classic.

Alongside Storm of Steel we’d lay down the claim the two are are the essential texts for WWI reading. And it’s important they stay in print for future generations to read.

All Quiet on the Western Front’s Film Adaptation

In 1930, the Lewis Milestone directed feature film hit the big screen. It’s an impressive piece of work and won the 1930 Oscar for Best Picture.

In 1979 there was a television version, which was also a US production.

There was news of another remake of this in 2016, but the project appears to have come to nothing. 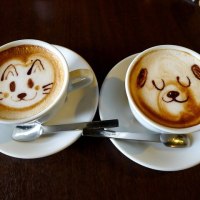