Stop at Nothing: The Lance Armstrong Story

Mixing things up with a documentary film review today, we have the really rather riveting Stop at Nothing: The Lance Armstrong Story. You don’t have to follow cycling in any way to know who this bloke is and what happened – initial successes, overcoming stage 3 testicular cancer at the age of 25, seven Tour de France victories, the Livestrong Foundation, and then the whole doping nightmare came to light.

If you don’t follow the sport much, like us, this riveting documentary exposes everything, with candid insights from Armstrong’s team-mates, his masseuse, friends, journalists (David Walsh, in particular, fought to expose Armstrong for years), and the most sophisticated doping program in cycling’s history. The result is epic viewing, but an unpleasant story considering Lance Armstrong was a hero to so many millions of people.

This isn’t a revolutionary documentary in any way – it’s the usually batch of talking heads and clearly leans towards exposing Armstrong as something of a megalomaniac.

It’s an unusual state of affairs as Armstrong’s charity has done a tremendous amount for cancer research. A pathological liar, however, he must certainly is.

The documentary begins at the start of his career when he wasn’t doping, during which time there’s an interview highlighting his dismay at the speed of his competitors at one of his first Tours. Only able to average 50mph on the straights, he was easy meat for the likes of Miguel Indurian who could blast by at some 57mph.

This triggered off Armstrong’s visit to Italian physician Michele Ferrari (last week handed an 18 month suspended prison sentence for his antics), who already had a successful doping schedule on the go with other riders. From 1999 onward, Armstrong’s performances shot up and he rapidly secured Tour de France wins consecutively.

When aligned with his heroic return from near fatal testicular cancer and establishing his charity, and you’ve got a dude who’s clearly going to be worshipped on an international stage.

This all begins to unravel fairly unpleasantly as Floyd Landis became the whistleblower to the doping program Armstrong setup with Ferrari.

As such, this documentary is a rise and fall tale which doesn’t make for a pleasant outcome, but it’s riveting viewing. It’s got the Professional Moron seal of approval, although we’re high on tea as we write this.

Whilst Armstrong should be condemned for the unpleasant behaviour, force, and outright slander he used to try and quell dissenters, his doping habits aren’t anything unusual in cycling.

Many riders over the decades have argued the Tour de France is simply too extreme a sporting endeavour to complete without some sort of physical enhancement.

With just a cursory scan over the history of the event, you’ll find all manner of cheating and performance enhancing behaviour. French legend Jacques Anquetil won the Tour five times between 1957 and 1964 and openly took, and talked about, his doping habits.

The position he took was that it was absurd to attempt the event without doping and riders should be allowed to do as they wish. The governing body didn’t agree, although his titles still stand.

Further back, prior to the sophistication of modern drugs, riders simply drank whisky to overcome the physical stress and pain. This must have been a bit of an odd sight – a load of half drunk cyclists grinning and bearing it through the mountains of France.

From the word go it’s been a bit messed up, frankly. The first event was in 1903 and began on July 1st in Montgeron, with 60 participants.

Around 20 made it home (clearly, participating has always been a physical nightmare, even in the early days when it was a shorter event) and it was won by Maurice Garin. He won the 1904 race, too, but this is when a lot of trouble began to kick off.

Already producing fanatical interest, mobs of fans began felling trees into the paths of riders they disliked in order to help their favourite.

Others simply waited on specific corners, rushed onto the track, and beat up the riders (which Garin was subjected to). Having won the race, he was disqualified later and banned for two years as he was spotted hitching a lift on a train.

As you can see, then, Mr. Armstrong wasn’t alone in pushing the rules over the limit. Indeed, many of his fellow riders believe his seven titles should be reinstated, simply as everyone else was doping anyway.

Ultimately, it’s just such a sad state of affairs for a dramatic and historic event – doping has overtaken everything and turned it into something of a farce. Ho hum. 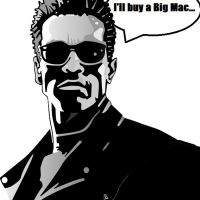