Great TV Shows That Never Were: The Walking Bed

The Walking Dead is a popular TV series (by “popular” we mean it’s been, like, a global phenomenon, you know) which has made characters such as Rick and Daryl, with their special bromance, icons in the gay community. It consists of lots of walking, zombie attacks, infighting, and crying over decapitated corpses. If you love stuff that’s grim, this one if for you.

It’s about time the show had another spinoff, seeing as series 7 just ended. Thusly, we’ve come up with an idea to pitch to the bods at TV world which will make us stinking rich! You see, we’ve noticed the characters in the Walking Dead don’t really have great sleeping patterns. It’s a wonder they’ve not all succumbed to sleep deprivation, never mind to the horde of rampaging zombies. Consequently, we’ve come up with the Walking Bed, which is based in the Walking Dead universe and focuses on a bunch of do-gooders who provide an ambling duvet service. There’s potential here!

In the show, a small family of hippies which runs a bed shop is stricken with the… whatever happens in the Walking Dead to make 90% of the population zombies. These survivors, through the need to avoid existential dismay by providing a homely service, decide to head off into the world to find other survivors and provide them with comfortable beds.

Season 1 would focus on the family creating the beds to sell to desperate survivors. Due to the lack of traditional comfy bed making stuff, such as bed springs or feathers, they’d have to rely on zombie brain matter, intestines, mud, and granulated bones to construct the beds and duvets – this may sound grotesque, but we can assure you these bed experts would foist a professional looking, and ultra-comfy, bed onto the market, despite the adversity they are facing.

Taking to the road in season 2 to sell their wares, the family would soon hit a stumbling block in the form of the rampaging army of the walking dead, and the generally belligerent survivors who want to do them over. Nevertheless, with stoic charm, they would be able to sell three beds whilst only losing four members of the family to zombie decapitation and human-based conflict.

Bolstered by this success, the family (for the sake of the show, we’ve pretended this is one hell of an extended family, numbering about 100 – we’ll need to bump a few of them off from time to time for, you know, emotional impact) forge on with the business, hoping one day to be millionaires.

The show would be an instant flop but, thanks to the millions raked in from the Walking Dead, AMC would be able to keep it afloat in the hope it catches on. In the meantime, public contempt and critical ridicule would spur us, the writers, on to outlandish new premises to improve ratings and objective assessments.

In series 3, the Walking Bed family would introduce water beds in an attempt to spice things up, using a mixture of human blood and (more) zombie brain matter to simulate a “watery” feel. Sadly, this would lead to further dismissals as the touring family, attempting to hawk their wares to desperate survivors, would be classed as “unrealistic” and “cretinous”. Despite this, some episodes would have been genuinely excellent, such as the following noted examples: 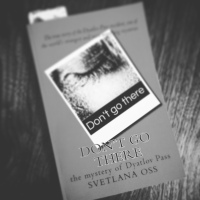