Yeah, we weren’t expecting much from FLY’N. It’s by French entertainment studio Ankama, which is based in Roubaix (right on the border of Belgium).

Released in 2012, it’s one of those indie games that just gets buried under a big pile of other indie games, but this is obscure gem is really something to be proud of.

Just nine individuals developed it from within Ankama and they should be bloody proud of that, too!

What is FLY’N? It’s a mishmash of platforming, puzzle solving, and just flat out psychedelic lunacy.

The bright, borderline neon lights and synth soundtrack meld together to create the joyous, and addictive, experience.

It’s a lot of fun, which seems to have been the emphasis here for the developers. The breezy, atmospheric sense of wonderment is relentless, akin to Nintendo’s uplifting video games.

Okay, well… plot! When you start playing, you’ll have a general reaction of “What in the name of bejeezus is this?”, but after 20 minutes or so you’ll be buzzing on a giddy high.

It’s quite the adrenaline rush. But, yeah, plot! Set in the World-Trees of Helycia, a cosmic garbage man named Dyer is causing mischief—he’s stealing the trees’ sap!

The trees go into protective mode and create buds, one of whom is Flyn. It’s up to this chap to save the day!

For what’s quite a simple, if a bit mental, premise, there’s a lot going on here.

You take control of Flyn and have the power to double jump, float, fly (in certain areas), sing, and have a kind of transmundane fit that changes reality from “subtle” to “innate”.

It means new platforms will be made visible to you at the press of the button.

It moves at a fair rate, has a good difficult setting, and becomes surprisingly enthralling.

It’s just good fun, plus that soundtrack, and those graphics, make it a truly dreamy experience to immerse yourself in.

Highly recommended, seeing as it’s cheap, weird as they come, and will take your mind off the wider world for a brief spell. C’est magnifique! 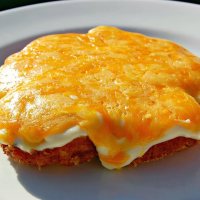