The Best Song Titles That Haven’t Been Used Yet

Music, eh? Songs and music. We did a bit of research and discovered music was created by the Flying Spaghetti Monster circa 1700 in anticipation for the First Coming of Elvis Presley.

Elvis was sadly delayed for a couple of centuries, but his arrival marked a new era in music during the 1950s with songs such as I Will Not (Buy You A Shed).

This era has taken the legendary name of “Swank”, which is why the lovely Hilary Swank chose the name for herself. “Swank” is also a term for stolen goods, the type of stuff pirates used to search long and hard for.

This is ironic as the music industry is now plagued by piracy like the pirates of the past were plagued by festering sores, rat infestations, scurvy, and bizarre superstitions.

Song Titles That Ain’t Been Used yet

We believe we have excellent musical taste at the Professional Moron office, but most people think that, don’t they? Few people would wantonly admit they have dreadful musical tastes. So, with our perceptive self-awareness, we at least believe our choice in music is excellent.

Our esteemed editor, Mr. Wapojif, plays the drums but stopped but is far from the greatest drummer in the world, such as drumming geniuses like Jaki Lebeziet or Reni.

This doesn’t mean we aren’t great song name writers, though, as we’ve given it some welly to come up with these glorious titles below which should grace many a radio for months… heck, centuries to come. Behold!

The Spice Girls. We always suspected a slightly psychotic undertone to the band’s material.

Cliff Richard should be able to handle this upbeat number, probably best sung like Kylie Minogue’s “Can’t Get You Out Of My Head”. Which neatly leads us to….

Can’t Get You Out Of My Shed

She Kissed Me and I Threw Up

The Osmonds, for sure.

She’s Beautiful (But She Has Stupid Eyebrows)

This one is for Morrissey to lethargically reel off.

You Could Never Love Me (So I robbed your flat)

Girls Aloud can sing this, why not.

We checked the records and were surprised to find this song already exists. We had planned to do a sort of U2 styled “Bloody Sunday” thing but, well… never mind.

If Only You Just Hadn’t Bothered Speaking To Me

This one is for Paul McCartney (we’re very proud of this joke).

Do You Always Look This Awful?

Barry Manilow. This isn’t in jest about his quite massive nose, honestly, as we admire his ability to make a career out of crooning despite having one of the most enormous things on his face.

His Love Was Like An Enormous Block of Mouldy Cheese

Janet Jackson, for sure. She could sing the mould off of this number. 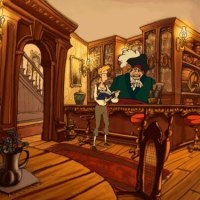 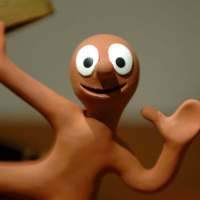