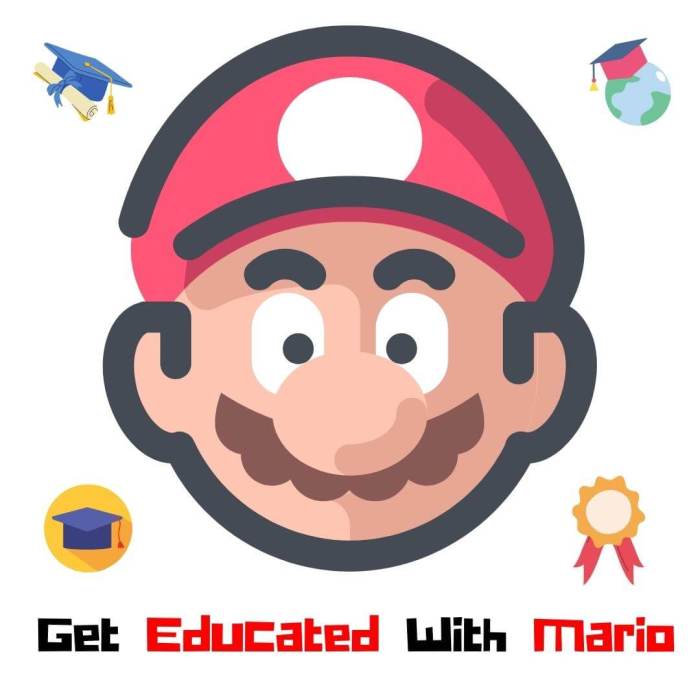 Mario’s educational games from 30+ years back are legendary. Primarily as they’re an unusual anomaly in Nintendo’s esteemed canon.

From 1986-1996, Nintendo handed its licenses to third-party game developers such as The Software Toolworks and Interplay Entertainment. The goal being to educate kids, whilst making some solid profits.

Get Super With Mario’s Educational Games

These days we’re used to the likes of the outstanding Mario Odyssey (2017). Very possibly the best Super Mario game of them all.

But Nintendo was open to handing over its IPs back in the late ’80s, which led to the likes of the misguided Zelda Philips CD-i games.

And this batch of educational fun and games. Let’s learn some stuff!

I Am a Teacher: Super Mario Sweater

I Am a Teacher: Super Mario Sweater (アイアムアティーチャースーパーマリオのセーターAi amu a Tīchā: Sūpā Mario no Sētā) was released in 1986.

That was on the Famicom Disk System, a peripheral for the Nintendo Entertainment System console.

As with most of its educational series, Nintendo had little involvement in its development. That job went to Royal Industries Co., Ltd. It’s a Japanese sewing machine company.

The goal of the game? To knit a lovely sweater!

Players were encouraged to design sweaters on Mario. And Royal Industries promised to go off and knit them for ¥2,900 (about £18 or $24).

We dearly hope some of those Japanese kids still have those sweaters to this day and cherish them mightily.

American developer Interplay Entertainment handled this one. It launched in the US in 1992, followed by the UK in 1993 on home computer (DOS, Windows, and Macintosh).

Mario Teaches Typing is, arguably, the most important educational game on this list. And why? As typing is such an essential modern skill.

Seriously, it’s kind of played down how vital at is. In particular, touch typing speeds up your productivity big time. We promote it a lot as it means we can blog at the speed of lightning!

Sadly, we didn’t get to play this one and observe ending screens like this.

Ending screen exclusive to the 1994 rerelease of Mario Teaches Typing (absent from the original 1992 release). pic.twitter.com/g1PuQlP8JS

Mario’s intense gaze there is on the level of Timber the Tiger in Diddy Kong Racing. 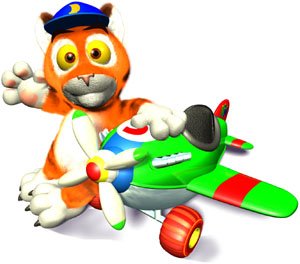 That is the 1,000 yard stare of video game characters who’ve long since mastered the art of touch typing. Truly, life’s greatest skill.

Some people have landed on the Moon. Others are billionaires. And yet the greatest of them all can type without having to look down at the keyboard.

Okay, so there were three games in this series from Software Toolworks. They were:

Lots of fun to be had there, eh? But Software Toolworks took the projects seriously, hiring multiple child development, educational research, and language specialists to deliver a classy (and genuinely helpful) series of games.

These titles were released on the Super Nintendo and on MS-DOS. The SNES ones took advantage of the SNES mouse peripheral.

In the UK, the names were a tad different. Over here, we got Mario Teaches Words, Mario Teaches Sums, and Mario’s Playschool. We’re sure you’re thrilled to know about those essential differences.

As you might expect, these were cut back gaming experiences. They offered simple challenges for young kids whilst teaching them about math and stuff.

Software Toolworks was responsible for Mario’s Time Machine. Launched on MS-DOS and the SNES in 1993, its focus was on teaching kids about history.

A NES version was also developed by Canadian developer Radical Entertainment and launched in 1994.

The game is set in the year 1993. Players take control of Mario, who must use a time machine to travel through time (obviously) to recover historical artefacts stolen by that crazy SOB Bowser.

As a game, it plays along the lines of 1991’s Super Mario World (and has the same graphical style as Nintendo’s classic). The difference here is the game’s not exactly outstanding.

In fact, it received middling reviews from the gaming press.

Its major issue is it’s pretty boring and isn’t going to entertain a kid for very long. Not when they could have been off playing Super Mario World.

Super Mario Bros. & Friends: When I Grow Up

Good grief, look at this thing in action! Mario seems to be wearing Luigi’s green hat and Luigi… Luigi is purple!

Super Mario Bros. & Friends: When I Grow Up is arguably the most obscure Super Mario game in all of time.

Released in 1991 only on MS-DOS, it was developed by Brian A. Rice, Inc. It was a third-party developer in Chicago founded in 1981 and became an educational game specialist on the Apple II in the early ’80s. It went bust in 1996.

For adapting Nintendo’s franchise, the developer went for a colouring book type of game (yep, harking back to 1986’s I Am a Teacher: Super Mario Sweater there).

Players got a 16 colour palette and a mix button, which could mix the colours for a total of 256 different shades. They’d use their mouse to then fill in the drawings of Mario and friends.

The game showcased various professions, with a basic description of what that job entails. And it includes the likes of:

All that type of jazz. Just with Mario and his buddies in those jobs. Once a picture was completed, players could print the thing off to hang proudly on their nearest wall.

With 30 pictures to colour in, we bet many a child was driven half mad trying to conquer this one back in 1991.

Launched on the NES, SNES, and MS-DOS in 1993 (with a Macintosh release following in 1994), Software Toolworks was also behind Mario Is Missing!

This was a geography-based jaunt, designed to promote learning about cities like Cairo, New York, Paris, and Tokyo.

You star as Luigi—it was the first game he got to head up himself.

Reviews were decent at the time, many veering towards 6/10 territory. Again, though, that was with the educational outlook in mind.

Super Mario World this thing most certainly is not.

But Mario Is Missing! actually made over $7 million in profit. And it’s the one we remember the most from this era—we particularly remember seeing it all the time in the shops around Chorley and Preston of Lancashire.

But… something made us stop to think about pestering our mother to get it. It was a Mario game, yet something was a bit weird about it.

Perceptive, eh? And so we didn’t buy the SOB and contribute to the game’s profits. Hah!

Mario’s Game Gallery was one of the last educational games from Nintendo’s iconic character. It launched on DOS in 1995, Mac in 1996, and Windows in January 1997.

Weirdly… this one was about gambling. Perfect educational material for a new generational of wannabe betting addicts!

We think this title is the one that’s surprised us the most with Mario’s educational games. Interplay Productions, for whatever reason, decided this was a terrific idea for an educational title. And the various card games included:

Mario’s Game Gallery was called Mario’s FUNdamentals for the Mac and Windows versions of the game.

Reviews for it were okay. The gaming press didn’t seem to have a problem with the gambling bit, instead praising the title’s “fun for the whole family” type of approach.

Well, we still think it wasn’t the best of ideas.

More recently retrospective reviews have labelled the thing as ultra-obscure in the Mario canon. And, yes, we have to agree. As we’d never heard of this one before.

Nintendo has always had this edge of looking to generate mass profits, all whilst genuinely pushing to give life-affirming experiences to people worldwide.

These days, Nintendo still makes the odd educational game. Such as the popular Big Brain Academy series. And good on it!

Shigeru Miyamoto, the legend responsible for Mario, Donkey Kong, Zelda, Metroid etc., actively takes a much lower salary than he could. And for decades rode a bicycle into work.

He turns 70 in November, but has no plans of retiring (as he’s said in interviews).

We bring him up as his games have always had an educational element about them. Instilling life lessons, logic, and acting as an important moral compass.

We’ve seen the likes of the Angry Video Game Nerd (AVGN), and many other YouTubers, review and completely overreact to Mario’s educational games. Total hyperbole, but then they’re doing it for entertainment purposes and to get subscribers.

It’s an increasingly irritating trait of some YouTubers to get hysterical when reviewing something, that way drawing in lots of views, and packing out the comments sections with more hysteria.

What we got from these educational games is, yes, they’re a bit of a cash grab. Yes, Nintendo didn’t make them. Instead, handing the duties to third-party developers. But the contemporary reviews for all the games were actually pretty glowing!

Most were more than positive, with publications aware they were aimed at infants and the benefits they’d provide.

The accusation from some snotty gamers is Nintendo make games “for kids”. Well, no, they don’t. Most of the games they make are imaginative titles that appeal, and are accessible to, all ages.

However, this batch of educational games from the late ’80s and early ’90s were for infants. Many of whom no doubt really enjoyed the experiences… and learned to TYPE!

And why not make learning fun?

After all, there’s a reason why so many modern businesses are using gamification to make their corporate endeavours more appealing. It works. 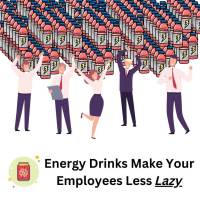 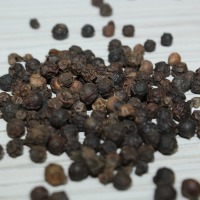 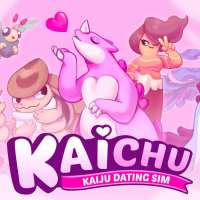