Yesterday the internet, and nerds everywhere, went apepoo with the release of an 80 second teaser trailer for the latest Star Wars film. Normally we don’t follow conventions here at Professional Moron, but having read the intensely pedantic reactions from fans we thought we’d add our learned insights. Innit.

First up, watch the trailer above. Now you’re in the know, here’s what we think is wrong with the thing: everything! We don’t want to overreact about a sci-fi film aimed at a PG audience, but we think it’s an abomination against humanity.

Our esteemed editor, Mr. Wapojif, has spent 24 hours furiously penning a 10,000 word dissertation about the film’s colossal flaws. He did this amongst fits of rage and uncontrollable sobbing, such is the obvious disdain director JJ Abrams (or, should that be, JJ LOSER Abrams LOL!!!) has for making a proper Star Wars film.

So we got thinking. Then we thought some more. Then we sat down for a bit. Then we got up. Then we sat down and reeled off what we think the fans DESERVE in the next Star Wars, whilst considering some of the (many) criticisms levelled at the trailer. 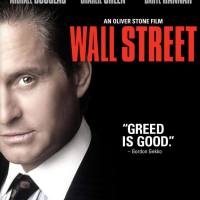