Revealed: The Depraved Mind Of Couscous

Couscous is the most profane of all semolina. It’s so foulmouthed it has to be made deep underground so ordinary citizens donut hear the berserk obscenities which rage whilst it is prepared for supermarket shelves.

Indeed, couscous makers can only practice their art for several months at a time. They become so stricken with rage whilst making the granules of durum wheat they often beat their fists into the couscous mix, often severing their limbs from their body in the process. Couscous making is the most dangerous food preparation job on Earth. Even more so than making a Pop Tart.

Couscous got its bad name from its relentless habit of cussing like a drunken football hooligan. Indeed, the referee is a wanker, and couscous was the one who made it most known. Groups of thuggish globules of couscous used to parade around city centres jeering at locals, until they were one day cornered by health food staff from restaurants and turned into an international symbol of how to eat right.

Initially it went by the name of “Curse curse”, “Those insane SOBs”, and “Psycho Semolina”. However, to market the product successfully the name was made user friendly. It is known, though, couscous is the most angry semolina on Earth. It roars expletives upon sight of human beings and must be bashed with big sticks to subdue.

Once unconscious it is steamed and subdued further with a mixture of gin and morphine. Although this limits its shelf life and use-by-date, couscous is usually consumed by an unwitting consumer before the concoction has regained consciousness and commenced its tirade once more.

It is true – leave a batch of couscous standing for 72 hours and it will come to, rampage through your house screaming bloody murder, and break loose into society. Quite how it came to be this way is unclear, but Professional Moron received this exclusive information from The Sun tabloid so, you know, it’s probably got to not be moronic! 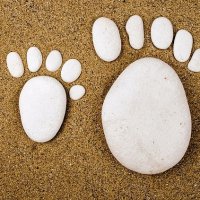 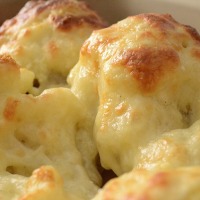