We go on a lot about Metroidvania games here at Professional Moron, which are particularly prevalent in the wonderful indie scene right now.

These games merge gameplay mechanics from the Metroid and Castlevania series. Now, Super Metroid (1994) on the SNES—you can lay down a damn good argument it’s the best game of all time.

The plot is essentially Dracula in 2D form. You play a member of the Belmont family (Simon in this one—a fabulous name!) and you trudge through stages wiping out enemies and defeating bosses.

Eventually, you take on Dracula and eliminate him, thusly completing the game. Simple, right? No.

Now, the Castlevania series is notorious for its difficulty, with the NES trilogy offering some of the most difficult gaming action in history.

The SNES entry is easier (and much more enjoyable as a result) thanks to the graphical enhancements and technological improvements making playing the game a smoother experience and based more on skill.

Anyway, the game is a masterpiece. It’s a merger of rewarding yet challenging gameplay complemented by a wonderful soundtrack and those detailed 2D graphics.

It’s all so atmospheric and marvellous, frankly, as you trudge (in a positive way) through the imaginative stages annihilating Dracula’s evil horde.

We think it’s so enjoyable due to its setup. With the minimal plot, you know you’re on a big adventure and you’ve got to take down this lunatic.

You power through each stage on a mission, taking on the world and succeeding.

It’s rewarding stuff and makes for one of the SNES’ finest games available. It’s quite the achievement since the console is (in our opinion) the finest in gaming history.

The thing features an extraordinary selection of masterpieces—Super Castlevania IV is right up there.

We’ve not ranted too much here as James Rolfe (the Angry Video Game Nerd) did this much better than us during his brilliant overview of the series.

You can see the Super Castlevania segment above. It’s a tremendously fitting tribute to such a seminal game.

He later laments how the series hasn’t reached its 1991 peak, with subsequent PlayStation, N64, and Game Boy Advance iterations not reaching the matching the high standard set by Super Castlevania.

Regardless, if you have a Wii U or the SNES Classic Mini you can download this wondrous and influential slice of gaming violence on the cheap. Super! 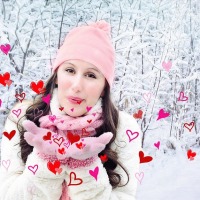