Shovel Knight has been one of the great success stories of the indie game explosion over the last decade.

Created by Yacht Club Games, its fun premise (shovels!) and riffing on NES era gaming saw it launch in 2014 to colossal critical acclaim.

DLC in the form of Plague of Shadows followed this up, and now we have another slice of awesomeness with Specter of Torment!

The Specter of Torment

The developer has always had a thing for Nintendo and it’s NES from the 1980s, which is why Shovel Knight often lands on its consoles first.

This is the case again, with the highly anticipated threequel arriving on the Nintendo Switch first of all, although expect ports to Steam, PS4, and Xbox One sometime in 2017. Totally worth it – this is another gem!

We’ve supported this game since seeing it previewed in 2013 and Yacht Club Games never disappoints.

Although each new iteration is essentially set in the same world (even on the same levels, just with alterations), new game mechanics are thrown in so everything is familiar but strikingly new.

Don’t let the ominous title fool you, though, as these games are tongue-in-cheek, self-aware, and a huge amount of silly, purposefully melodramatic fun.

The brilliance of the Switch release is, for £20, you can purchase all three Shovel Knight games in one (or Specter of Torment as a standalone £8 purchase) in the Treasure Trove pack. So that’s the first game (now playfully referred to as Shovel Knight: Shovel of Hope), Plague of Shadows, and the third entry.

We highly recommend forking out for all three as they’re classics, with Specter of Torment offering the most polished Yacht Club Games title yet.

Yacht Club Games has hurled in all manner of new features for the jumbo pack, including co-operative play on Shovel of Hope, amiibo support, and all new challenges.

However, Specter of Torment is why many fans have returned to the games and, as expected, it delivers a brilliant platforming experience.

This time out the player takes control of what the other characters playfully call Specty, a scythe-wielding heathen who can partially run up the side of walls and launch psychotically at enemies from mid-air.

This time around, the structure of the game is much different from the previous iterations, but the emphasis is still on glorious NES era, 2D platforming brilliance. It delivers – big time!

If you have amiibo, you can tap them onto the Switch console and you’ll have a mini fairy Shovel Knight turn up to keep you company!

Naturally, there is a Shovel Knight amiibo which produces what you can see in the above image.

The fairy Shovel Knight dude generally floats around being useless, but it’s one of those cute, lovable touches which really defines the series.

It’s only out on the Switch at the moment, which is kind of dominating the news with The Legend of Zelda: Breath of the Wild.

If you want to break yourself away from that for 30 minute intervals on a console which doesn’t have a huge amount of games available at the moment, Shovel Knight is the perfect option.

There are three games here, they’re all brilliant, and you’ll love them. That’s all there is to it. 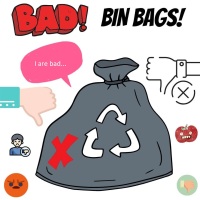 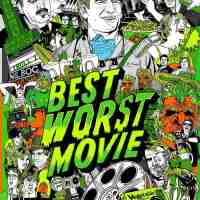