Great Films That Never Were: Trainspitting (trains, spit, no drugs)

Trainspotting is where you go and look at trains and make a lot of notes – it’s a popular pastime with gangster rappers and their bros. It’s also a film which we covered recently. The sequel, T2 Trainspotting, was a great load of fun and sadness in Scotland, which got us to thinking… macho macho men like to spit, don’t they? It shows just how tough and rebellious they are. Indeed, a man who spits is a God amongst other men, which got us thinking about producing a film to honour this.

Trainspitting is the result! It’s about a bunch of Scottish guys who are addicted to trains and spitting, which they attempt to alleviate by subversively spitting at trains in an attempt to alleviate their addiction. Lead protagonist is Gerald Butler, who dresses in 300 type underpants for this role so as to highlight the plight of spitting addicts. Ewan McGregor also has a brief cameo as a lavatory repairman. Oscar bait? You bet!

Spitting is, of course, disgusting and the type of behaviour only a cretin would indulge in. This is why Trainspitting is such an important film – it’d put shame into the hearts of those who feel the need to gob everywhere. Set in 2017, Trainspitting follows the lives of an extended Scottish family whose history has been blighted by spitting at things, namely trains.

In the plot, Gerard Butler plays a man whose life is ruined by spitting at trains. Realising the error of his ways, he hoiks up his Spartan underpants, dons his cape, and heads out to speak to one of the trains whose life he has tarnished. He finds Bill the Train (Serkis) hurtling at 100mph between Edinburgh and Manchester, but the pair initially struggle to settle their differences as Serkis is never stationary long enough to hear Butler’s pleas for forgiveness.

Ultimately, Butler buys a train ticket (even though he doesn’t want to go to Manchester) and boards Serkis. In the emotional final 30 minutes, he discusses his failings as a human being with the train, who accepts, with dignity, that Butler was simply led astray in life due to the addictive macho posturing of gobbing everywhere. “We all have foibles,” Serkis gracefully croons in the song-and-dance closing act, “but if you have to gob, at least get a job.”

For his portrayal of a denizen train hurtling relentlessly back and forth between Edinburgh and Manchester (which required him to take extensive running lessons to get super fit), Serkis would claim an Oscar nomination. Ultimately, he would lose out to Vin Diesel in the latest Fast and the Furious Film.

Sean Connery’s role as a doddering old madman who gobs at Robin Reliants would win him the Golden Razzie Award for Worst Actor. Elsewhere, Ewan McGregor’s turn as a lavatory repairman will see him typecast as a toilet for the rest of his career, squandering any hopes he had of bagging himself an Oscar. Such is the destructive nature of trainspitting. 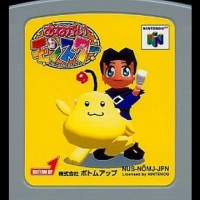