Limbo of the Lost: Praising its Utterly Insane Game Ending

Limbo of the Lost was a strange game we came across whilst surfing YouTube years ago – it’s since something we’ve tried to block out of our minds, but it keeps coming back and persisting!

Over its bizarre history, which began in 1993, it was heavily delayed and got stuck in development hell. Finally, in 2007, it hit the shelves with little fanfare.

From the reviews we can find, it’s not a very good game. Worse still, once gamers started noticing assets had been ripped straight from other franchises, such as World of Warcraft, the developers got in some serious trouble.

A plagiarism suit got launched and it was pulled from shelves. Ho hum. Despite its bizarre story, however, one glorious thing did emerge from the mess… the game’s impossibly demented ending.

Limbo of the Lost: Ending

Steve Bovis, Tim Croucher, and Laurence Francis started this project in 1993, intending it for an Atari or Amiga device thing.

It’s a point and click adventure, a fantastic example of this genre being the wonderful The Curse of Monkey Island, which was released a decade before Limbo of the Lost!

This one is about Benjamin Briggs, the one time captain of the mysterious Mary Celeste (which was found abandoned at sea in 1827, which remains one of the great maritime mysteries).

For this adventure, Briggs is put in Limbo and he has to find his way out of there, talking to some disturbing individuals along the way (one of whom is called Faggot, for some reason…).

In 1995 the developers abandoned the idea of putting it on the two dying formats it had initially considered.

The PC was the way to go, and production began anew in 2003, but the title wasn’t ready to be published until 2007.

It hit Europe first late in the year, with America following in 2008. That’s when the problems started (more on that further below).

Regardless, at some point circa 2007 the team conceived the game’s ending, which is wonderfully realised in the bizarre video above.

There you’ll see Briggs completing his adventure and having a bit of a party with some of the demented individuals he’s come across during his journey through Limbo. Yes. Quite.

Unfortunately, we can’t find any information on how that ending came to be, but seemingly it felt like a good idea at some point or other. Good on you, dudes.

We’ve had a number of people ask us about copyright recently and, simply put, your creative output is automatically protected by international copyright treaties, although country-by-country there are variations and you’d need to be able to prove you created your thing.

You can take extra steps to ramp up your copyright factor, although you’d have to pay for any of that.

Plagiarism can be tempting if you’re clueless about copyright law, if you’ve got a big project and you’re in a hurry, or if you’re just a raging psychopath and don’t care.

Which category did Majestic Studios fit into? In June 2008, GamePlasma (now also defunct) posted an article online comparing Limbo of the Lost’s backgrounds with games such as Elder Scrolls IV.

This triggered off an avalanche of complaints, as eager-eyed gamers began noticing similarities in the game with WoW, Thief: Deadly Shadows, and Sea Dogs—the studio simply stole the backgrounds and stuck them in without any changes.

Apparently, several scenes from the game were copied directly from films such as Beetlejuice and Pirates of the Caribbean.

On 12th June 2008, the game’s publisher ceased all production of the title. There was a knock on effect into the next month—Majestic Studios released a statement indicating it had no idea the assets had been stolen.

In July 2008, Tim Croucher and Laurence Francis released another statement indicating they were leaving the company due to the misbehaviour of other individuals (freelancers assisting with the project, basically).

Almost a decade on and Majestic Studios may be no more, but its one enormously protracted project has left an interesting history behind for us all to gawp over.

At the very least, that inspired ending should be reserved for posterity, attached to spaceships (like the Voyager Golden Records) so aliens can watch it, and watched repeatedly on a rainy weekend to remain you all is well with the world. Thanks, guys! 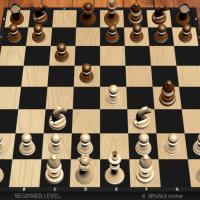 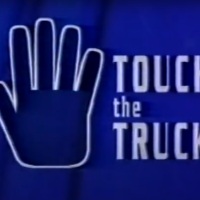 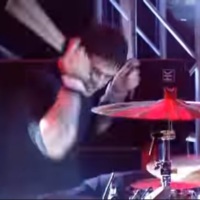 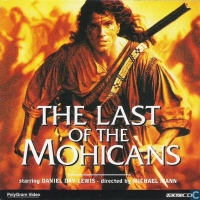