The Last of the Mohicans: Epic With One of Cinema’s Best Soundtracks

Adapted from James Fenimore Cooper’s 1826 novel (and a 1936 film adaptation by George B. Seitz), Michael Mann’s terrific historical epic the Last of the Mohicans (1992) is a bloody awesome thing.

It wasn’t a major hit at the box office, but since has claimed cult status and much reverence for its exceptional soundtrack, and for brilliant performances by Daniel Day-Lewis and Wes Studi.

In Review: The Last of the Mohicans

Here we have a love story between Day-Lewis’ Hawkeye (an adopted son in the Mohican family headed by Chingachgook) and Cora Munro (Madeleine Stowe) during the 1757 French and Indian War.

However, its complex character arcs, strong political themes, excellent soundtrack, costumes, performances, and gritty brutality have made it a darling for many movie buffs.

In the 1990s, the Last of the Mohicans seemed to be on TV several times a year and it was always a big treat.

Plonk yourself in front of the television and enjoy the spectacle—it really is a grand scale epic, with a mammoth budget of $40 million (bloody huge for the 1990s!).

Despite this, it only recouped $70 million at the box office, but its run on VHS and TV made it something of a legend—everywhere we went, circa 2000, everyone knew the film! Friends at uni loved it and it always seemed to be the talk of the town.

The commitment in the film makes it believable. It genuinely feels like it’s the 18th century, such is the dedication to the costume of the period.

This is backed up by the plot—straight away, the complex character structure begins as young English army guy Major Duncan Heyward (Leed’s very own Steven Waddington) attempts to announce wedlock to hot stuff Cora Munro (Stowe).

In one of many brilliantly played, moving scenes, things don’t quite go according to plan.

This also includes benevolent French general Louis-Joseph de Montcalm, who attempts to appeal for calm and shows a tremendous deal of mercy.

Despite Montcalm’s best efforts, Magua’s relentless violence forces the Mohican trio into combat and they support the British troops whilst attempting to save the two Munro daughters from Magua’s murderous advances.

It’s a complex plot, impressively so for a Hollywood movie, and even the blossoming romantic efforts aren’t overly vomit-inducing.

You can look at the film as a weepy romance, if that’s your thing, but action film buffs will be more than satisfied, too.

The films is also critical of the British Empire (or imperialism as a whole) and its pernicious ways.

Chief antagonist Magua is simply caught up in one of its hideous byproducts and, in fury, heads out to get revenge.

The highlight of the film for us is Wes Studi, who found fame by starring in Kevin Costner’s Dances With Wolves (1990).

His role in the Last of the Mohicans is similar, but much more fleshed out.

Indeed, it transpires his antagonist, Magua, has valid reasons to hate the “white man”, yet in his lust to seek revenge he loses his humanity.

Ultimately, it becomes impossible to side with him as he lets his anger and contempt overwhelm his person.

And that’s even when he does, momentarily, find some morality when coaxing the young Alice Munro (Jodhi May) away from a cliff edge.

But at this point he’s become such a lunatic he’s doing so whilst covered in her lover’s blood. And such a feeble gesture was futile, completing his descent into madness.

His uncontrolled antics around this point lead to his demise soon afterwards.

As with another brilliant film from the same decade, Princess Mononoke (1997), the antagonist isn’t simply evil because he’s just like that.

Magua has genuine motives the audience can understand.

But his psychotic descent keeps him at a distance and in the legendary closing battle scene his defeat makes for a rousing end to a brilliant film.

Yet Studi’s performance is quite something to behold. At no point do you think he’s acting, it’s just the total embodiment of that character.

It’s incredibly impressive and was worthy of awards, for sure. None of which came his way.

But at least the actor is still performing in interesting top-flight Hollywood films.

Studi is an actor and musician (now in his 70s) who is famously softly spoken.

But he’s appeared in big hit films such as Avatar and 2017’s well-received Hostiles with Christian Bale (for which Studi has received much acclaim).

However, he spends a lot of his time as a small-time musician and leads a relatively quiet life, by the accounts we could find.

A big part of the film’s legacy is its exceptional soundtrack, which is almighty and has a sweeping scale to it.

Trevor Jones and Randy Edelman are the dudes behind it. Director Mann at first, apparently, wanted an electronic score.

But this was changed to an orchestral number, rather wisely, with the result being one of cinema’s all-time great soundtracks.

The Promontory main theme is a particular favourite for fans and also overlays quite brilliantly the film’s final set piece.

All of the soundtrack complements The Last of the Mohicans perfectly and, overall, it’s a stunning piece of work.

As is the whole film! It looks incredible—large parts of it were shot in the Blue Ridge Mountains of North Carolina and props and costumes were meticulously developed to authentically resemble those from the era.

A lot of care and effort went into filming and it really paid off. You can’t half-arse a project like that, so full credit to Mann and his talented crew.

Of course, Daniel Day-Lewis also did another one of his method acting shindigs.

To train for the role, he disappeared off into the woods for six months and, by the end, could live off the land with no problems.

He’s retired from acting now, apparently, but his final film Phantom Thread is out now, if you want to see it!

It’s quite an unusually conventional role for him—the handsome male action lead, but he adds great weight to the role as the noble Hawkeye. Good on him. 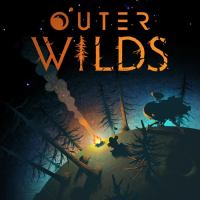 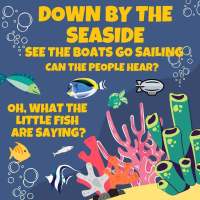