Stanley Kubrick’s Full Metal Jacket is one of those uncompromising, intelligent, and grittily realistic war movies that simply stands out.

With its unusual structure and detailed consideration on psychology, as well as a Lord of the Flies motif. Released in 1987, it’s as fresh and brutal as ever.

Based on Gustav Hasford’s short story The Short-Timers (1979), Kubrick, Michael Herr, and Hasford adapted the book into what turned out to be an Oscar-nominated screenplay.

With a unique two-part structure, it’s much more than a consideration on the horrors of war.

Its detailed examination of psychological destruction and masculinity at its worst can be considered in many ways. It’s also just an excellent, terrifying film to watch.

The first half of the film involves boot camp training with the likes of Private James “Joker” Davis (Matthew Modine) and others such as Private Leonard “Gomer Pyle” (Vincent D’Onofrio).

With the other troops, they enter into a process of dehumanising (or brainwashing, if you will) preparation for war at the hands of belligerent drill instructor Gunnery Sergeant Hartman (R. Lee Ermey).

His onslaught is brutal and the blokes are soon understanding the tedious nature of military routine and discipline.

Hartman, however, begins to berate and bully the overweight Pyle (D’Onofrio gained a large amount of weight for the role), whose mistakes lead him to be alienated amongst his peers.

Joker attempts to help him and they form something of a friendship, but Pyle’s mental well-being continues to spiral downwards.

The barking and brutal commands from Hartman dominate the first half and from the word go he’s one intimidating SOB (more on this below).

It’s like having some crazed lunatic ranting in your ear for an hour—we really have to give credit to Ermey here, in what was his most famous role.

With the news one of its stars, former drill sergeant R. Lee Ermey died this week (15/04) aged 74, it seems a perfect chance to take a look at his most famous role.

As a former drill instructor in Vietnam, he was perfectly positioned to make the role his own and he duly did so with a riveting, and incredibly profane, performance.

The guy’s job is to strip some humanity out of the soldiers and toughen them up for battle, which is why he’s so consistently horrible to them throughout the first half of the film.

As has been testified elsewhere, though, he’s not behaving like a prick because he hates the young men—he’s doing it as he cares for them.

Sending them off into battle with a chance of survival is what he’s there to do, but it’s a tough love approach.

Unfortunately, he does overstep the mark and sends Private Pyle plunging towards insanity.

This is due to his bullying nature, plus the spectacular and hugely inventive nature of his relentless swearing.

Ermy later acknowledged many of these were the unscripted and ones he’d created back in the 1960s.

His scenes have become so iconic many other war movies have tried to replicate the “terrifying drill instructor” scenes.

Again, most recently, the bizarre Hacksaw Ridge tried this on with Vince Vaughn doing a half decent effort, but nowhere near the level of intense perfection of Ermy.

In the second half, we catch up with Joker and other recruits such as lovably dense, gung ho Sergeant Animal Mother (Adam Baldwin).

They’re stationed in Vietnam. Whilst on a patrol with a squad in the city of Huế, the men suddenly find themselves stuck in a nightmarish battle with a lone sniper, which tests their resolve and leads to Joker making his first kill.

As impressive and realistic looking as it all is, Kubrick used Beckton Gas Works in London. The set (which was also used to film Nineteen-Eighty Four—the John Hurt version) was actually around around 200 yards from the River Thames.

Kubrick had a large part of the building demolished and his crew fitted realistic Vietnamese marketing billboards around—the result is highly impressive!

This section of the film is also more in keeping with war movie traditions. There’s a lot of machismo, explosions, debris, horror, and lost peers.

Occasionally it slips into cliche, but the excellent cast, brilliant soundtrack, and ultra-tense standoff with the sniper help to elevate the film to exceptional heights.

Full Metal Jacket is riveting stuff, with contrasting tones of masculinity on the edge in both sections of the film.

Whilst being something of a psychological study as they’re stripped of their humanity to become killing machines, we soon find they’re all on rambunctious form by 1968 out in Vietnam sleeping with prostitutes and behaving badly.

Viewed purely as a piece of cinema, however, and you have one of the all time great war films.

Kubrick was notorious for his precise way of filming, which often infuriated his actors and left them exhausted.

But when you have a dramatic, unusual statement like Full Metal Jacket and you realise why he’s considered one of the all time great movie directors. This thing is a brutal work of art. 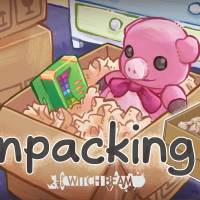 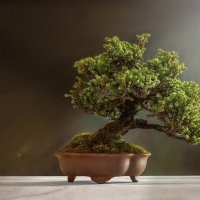 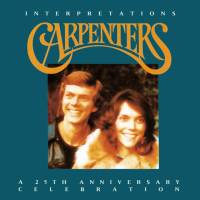 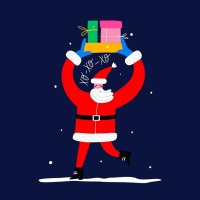