The 1972 Great Daylight Fireball: Our Lucky Escape & Other Asteroids

A bit of obscure history today—on August 10th, 1972, a meteorite surged into our atmosphere and came within 35 miles of the Earth’s surface. As it blasted across Canada’s skyline at 15 km a second, many surprised citizens looked up in shock.

Whilst a spectacular sight, it was later estimated, had it hit the planet, it would have exploded with the power of several nuclear bombs. A near miss, so let’s celebrate this meteoric occasion of old with a few more facts.

In 1999, we watched a BBC Horizon documentary called New Asteroid Danger (you can watch it on that link, if you wish) that brought our attention to this thing.

The documentary had been updated from an episode in the early 1990s. By 1999, films like Deep Impact and Armageddon had made it big in Hollywood—a massive rock steaming towards Earth is perfect popcorn entertainment.

But, as Horizon pointed out, this was far from science fiction—we’ve since had an incident in Russia back in 2013 that set many alarm bells ringing.

In the 1980s, when it became apparent the dinosaurs were likely finished off by a highly destructive meteor impact, the Earth’s violent history was revealed.

Eugene Shomaker, a founder of planetary science, confirmed the above hole in the ground to have been created by a meteorite 50,000 years ago. Previously, it was thought to be a long collapsed volcano.

Scientists then dug around through historical records. Incidents such as the Tunguska Event of 1908 and the 1930 Brazilian equivalent. The latter was reported by Catholic missionary Father Fidello, who happened to be on the scene.

There’s also the Bonilla Observation of 1883—it was rediscovered and cast in a new light.

That final example is the most alarming as it was possibly a billion-tonne comet that missed Earth by a few hundred kilometres.

You can see José Bonilla’s photograph below, he used an early photographic technique called the collodion process.

There was also the famous Comet Shoemaker-Levy 9 Jupiter impact event of 1994, which was recorded back on Earth and made international headlines. Some of the impact explosions were as big as Australia.

Now, these sorts of impacts remain remarkably rare and, frankly, humanity poses a bigger threat to itself than any rock hurtling through space, but there are a few to keep an eye on out there should they stray off path.

Toutatis is first up. Discovered by Christian Pollas in 1989, and named via Celtic mythology, this is a potentially hazardous, elongated asteroid that’s bloody enormous and moving very rapidly.

It apparently has an “eccentric” path through space—a “chaotic orbit”, as it were. In 2012, it came within 18 lunar distances of Earth—one lunar distance is about 400,000 km, so we were quite safe. NASA was able to film it as it stormed along (see the above video).

Eerie pictures revealed a dumbbell-shaped rock that has spent millions of years surging through space at 6.67 miles per second.

As a collision risk it’s minimal, with its last “nearby” pass in 2016vit won’t be a hazard to Earth for at least 600 years, having had its orbit mapped extensively, with its next close approach being in 2069.

There’s a chance it may be engulfed by Jupiter as it blasts through space, as its trajectory will bring it to within two AU (that’s Astronomical Units) of the gas giant at some points in the future. Cripes.

Geographos is a 2.5 kilometre asteroid—it’s potentially hazardous to Earth. It was discovered in 1951 and it’s named in honour of the National Geographic Society.

Its closest effort with hanging out with us here on Earth was in 1994, which won’t be improved upon until 2586.

NASA’s Clementine mission was intended to get up close and personal with the asteroid, but a technical failure ensured we were left with merely the sight of a small dot speeding along against a black background.

Still, quite the fitting description for this bleak, but glorious, monstrosity, oui? 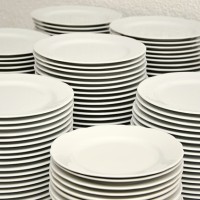