The Years by Annie Ernaux

Annie Ernaux’s The Years is a rather excellent memoir. Born in Normandy, September 1940, she grew up in a country facing immense turmoil.

The great nation of France had been conquered by the Nazis on June 22nd 1940 – four years later, the Allied invasion on the beaches of Normandy (D-Day) began the process of restoring order. WWII ended in September 1945.

Out of this carnage emerged a new generation. The Years documents this from 1941 up until 2006, with the text published in 2008.

It’s been translated into English for the first time this year, allowing for us lucky readers to get our hands on an innovative and fascinating piece of writing that blends memories with impressions, descriptions of photographs, culture, love, life, and notable news headlines.

All of this create a collective autobiography. C’est magnifique!

Annie Ernaux’s Reminiscing in The Years

The Years merges autofiction (a fictionalised autobiography – more famous examples being Kerouac’s On The Road, or any of Bukowski’s works) with sociology.

She does this by writing in the third person. Whilst the book is about Annie Ernaux’s life, she’s not really centre stage—she’s, essentially, a passenger through her era, experiencing the world around her as the years tick back and society changes.

We have the war years in France, followed by the unbridled joy of victory in WWII and the arrival of luxuries back into peoples’ lives.

This is followed by Ernaux’s passage through education, featuring her intellectual developments alongside sexual awakening – but the news of the day is merged alongside her activities.

She’s more than aware she’s a bit player through history, unable to influence events. This makes the read a rather humble one, but it’s noteworthy as it has a place in posterity as not only an account of an upbringing during war, but as it so clearly documents the events that follow in the subsequent decades.

It’s a history lesson, but with a personable touch. With the likes of the 1968 Paris Student Riots (a wake up call for France, one of the first major ones post-WWII) documented feverishly, we then have the arrival of Concorde, advances in film, TV, radio, mass marketing, supermarkets, and fashion crazes.

The result? The years merging into one so we have a moment in time documented in intricate detail.

Later in the work, there’s the arrival of mobile phones as the digital age arrived. Quite the marked shift for any generation growing up in the ’40s, ’50s, or ’60s – to suddenly find these peculiar things around.

To our delight, Ernaux notes the frustrating quality about the otherwise useful technology:

“Of all the new objects the ‘mobile phone’ was the most miraculous and disturbing. Never had we imagined being able one day to walk down the street with a phone in our pocket and call anyone, anywhere, at any time. It was strange to see people talking to themselves on the street, a phone pressed to one ear. The first time we heard the ringing in our purse on the RER, or at the check-out, we gave a start and feverishly tried to answer with a kind of shame, of malaise. Our body suddenly drew attention to itself as we said hello, yes, and words not intended for the ears of strangers. Conversely, when a voice piped up beside us to answer a call, we were irritated, captives of a life that obviously held ours to be non-existent and thrust its insipid dailiness upon us, the banality of worries and desires which until then had been consigned to phone booths or apartments.”

It’s fascinating stuff—an intimate account of a life lived at a remarkable time.

From the close of one of the major events in human history through to sweeping sociological and economical change. She describes the narrative as “slippery”, which it is, but it exists to:

“Give form to her future absence.”

Now it’s ready and available in English, it should do just that. One for your collection, pronto.

A Little About Annie Ernaux

Ernaux is still very much with us at 81. Above, she discusses Simone de Beauvoir’s the Second Sex.

That’s about all we were able to discern from what she says, unfortunately, as we don’t speak French. We’ll chalk that up to being lazy Brits who think we can cruise through life with only the one language in our brains. Sacrebleu!

She’s much acclaimed, especially in France, where she won the prestigious Prix Renaudot back in 1984.

She’s still writing, of course, with Mémoire de fille (2016) her last listed work to date—whether this makes it to English publication we don’t know, but on the strength of The Years we’re hoping to catch up with more of her work. 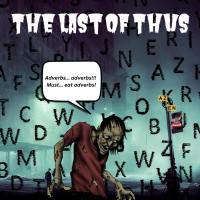 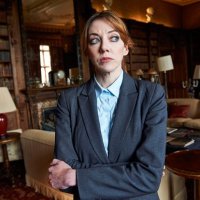