Speedrunning Video Games: Have a Gander at this Phenomenon

Speedrunning has emerged as one of gaming’s most popular pastimes. It works on a multi-faceted level—gamers either attempt to shave seconds off completing a title through the normal run.

Or, and this is where it gets mental, they actively “break” the game (by looking for astonishing bug) to land otherwise impossible records. The speedrunning phenomenon has really taken off, so let’s have a good old gander!

An example of a speedrun is above—this is a stage from Super Mario Maker that someone maniac has become the master of.

This game for the Wii U was a dream come true for speedrunners, as they could fashion some of the most devious and insane courses for people to have a crack at. As you can see, some people “get good” and master it.

You’ll also note someone took the time to record themselves doing this to upload it online. Many speedrunners (mainly the expert level ones aiming for a world record) video themselves live via Twitch or YouTube—and, yes, thousands of people watch.

If you’re not a gamer this may seem desperately pathetic and whatnot but, whatever, geekdom is here and we celebrate it.

Summoning Salt‘s YouTube channel (below) even records the speedrunning journey of popular games—it gets bloody unreal.

Such as this one here, for The Legend of Zelda on the NES.

Many of these are old classics from Nintendo’s library (there’s a certain oomph factor to being able to command the established classics), but speedruns aren’t limited to any developer or genre.

But there is a certain fascination, for us anyway, to see the lengths some gamers go to so they can shred a few seconds off a game.

Do they even enjoy the experience? Are they having fun? What’s in it for them—an ego boost?

But even weirder than this is (and it’s another Nintendo reference, sorry) the example of Mario Kart Wii. Circa 2009, ultra shortcuts emerged where players “broke” the game.

One guy even worked out the technical reasons for why the game thought a player was getting a new record – an explosion of speedrunning followed.

For us, we’re not really big on it. We don’t even consider ourselves particularly good at video games, we just play them for escapist purposes and as we enjoy it as a form of culture.

We did get very nifty at indie classic SteamWorld Dig, but don’t really have any desire to film ourselves playing video games.

So, yeah, you’ll just have to take our word for that. But if you want to watch the masters, go and check out YouTube.

The King of Kong

As a coda to this piece, we’re highlighting the bizarrely excellent 2007 documentary The King of Kong: A Fistful of Quarters.

This is about the battle for the original Donkey Kong arcade game between respected legend Billy West and a relative newcomer.

Now, classic or not, it’s aged terribly and most modern gamers wouldn’t be able to play it for longer than a few minutes.

But this documentary highlights the addictive appeal of breaking records. It displays the human condition with all its foibles and intricacies as two grown men attempt to conquer a notoriously difficult game about a plumber trying to defeat a giant ape.

You also learn about the mathematical intricacies of Donkey Kong and what it takes to become the best. It really is weirdly riveting.

As another addendum here, just as bizarre is the Universal City Studios, Inc. v. Nintendo Co., Ltd. lawsuit of 1982 (voted one of the dumbest moments in video game history).

But then it turned out the latter was in the public domain, so the pre-fame Nintendo was handed a cool $1 million in damages (a big deal for the company at the time). Nice. 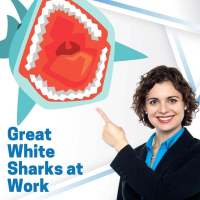 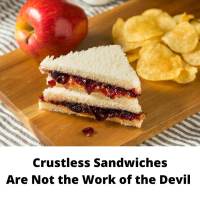 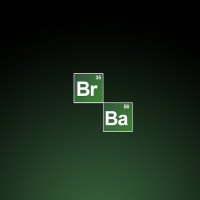