Seeing as James Cameron’s excellent, but flawed, Titanic appeared on Netflix recently, we saw it all again like it was 1997. At once brilliant (the iceberg scene is phenomenal), it’s also a bit weird (that love story drags a bit, Mr. Cameron).

It stars Leonardo DiCaprio as a working class scumbag and Kate Winslet as a young woman ensnared in the horrors of wealth. The former lives an unrealistically free and adventurous life, whereas Winslet is miserable due to her doting psychopath fiancé (Billy Zane as Cal and wearing an excellent wig).

The budding romance hits a peak when the two share a groping session at the front of the Titanic. With the nausea level hitting 10/10 as Rose starts hallucinating about her powers of flight… we must wonder about what if their lines went a bit awry?

Here’s the original in all its vomit inducing glory. Love, you’re not flying. You’re illegally standing at the front of a 300 tonne boat. Why doesn’t the ship’s crew stop them from doing this mid-scene? It’s outrageously subversive behaviour!

Toy Story was released in 1995 and we feel it would have been an ideal time to add in an intertextual reference.

Take your stinking hands off me, you damn dirty ape!

Another intertextual reference and one reflecting the reality of what would have happened between the working class scumbag and upper class posh woman in 1912.

It would have been a different film if Rose had been seasick for the whole journey, right?

Indeed! Like Rose would give up her Picasso paintings for a guy who only paints nude women. LOL!

Now isn’t the time to endure an existential crisis, okay Rose? Plus, Rose almost does throw herself off the boat earlier in the film in an attempt at flight, now she’s convinced she’s flying at the front of the boat… did this woman secretly have some aviation goals in mind? Then why’s she on a boat?!

A terrifying chunk of ice about 70 miles in the distance, right? No, simple minded Rose does eye spy and all she sees is Jack. Well… it was either that or ocean, we guess.

I love you and I want to have your babies. At least five of them… Jack?! [Jack can be seen legging it in the background]

Like any self-respecting man, this would have caused the free spirited young Jack Dawson to leg it one in pursuit of his freedom.

Under those studio lights we bet Kate Winslet was a touch on the warm side.

The Titanic would have been a lot better if Rose had turned out to be a mentally unstable woman with delusions on everything.

I’m applying… Jack! (for a job as a flying instructor, presumably)

Well… she has to do something with her life, right?

Indeed, there was a big drop below.

Seriously, who would stand at the front of that enormous bloody boat and not be terrified? I’d rather be in first class eating the amazing food, thanks.

Given the complex mother/daughter relationship at play in this film, this quote would have acted as the great liberating moment. Or something.

Technically more accurate as only a halfwit would believe themselves to be flying. What Rose is doing is holding her arms apart and essentially gliding on the air… even this is pushing things, however.

In this sci-fi version of Titanic, Rose is a beacon of nuclear radiation who is knocking electrons out of atoms to form charged particles: ionising radiation. Take that, Jack! You bloody beatnik.

You are a bit, Rose, I mean why should Jack get so emotionally involved here? This girl’s eager to leave her dreamboat fiancée because he’s spoiling her with Picasso paintings. Who’s to say she’s going to hang around with this bloke as they hit their 20s (Rose is 17 in the film)?!

We’re guessing this moment was when Rose realised a hair dryer type device would be hugely beneficial for womankind. Kerching. 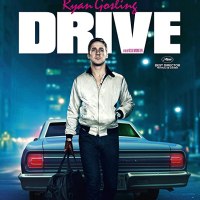 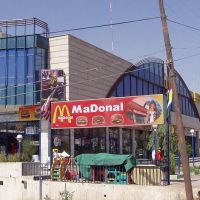