The Count of Monte Cristo by Alexandre Dumas

A classic from the literary canon: The Count of Monte Cristo. Alexandre Dumas’ epic masterpiece is well over 1,000 pages in its unabridged form. If that sounds like too much of a mammoth task for you, then there are truncated versions that drop large sections of the text to make it more of a traditional novel size.

Dumas (1802-1870) was also famous for The Three Muskateers and Twenty Years After. But The Count of Monte Cristo remains his most ambitious work, although his collaboration with ghost writer Auguste Maquet padded out much of the story. Telling the tale of Edmond Dantès, dumped in jail for a crime he didn’t commit, it’s a sweeping tale of redemption and ultimate riches.

The Count of Monte Cristo

Set in 1815, Dantès is a successful second mate on a French merchant vessel. The book merges elements of real life in its opening phase, with the protagonist meeting Napoleon Bonaparte. The military leader charges him with the delivery of a letter, which ultimately lands Dantès in jail.

Incarcerated in the foreboding Château d’If, a fortress where he spends some six years in confinement. Set on a dismal island location, the lunatic warden Armand Dorleac rules over Dantès’ life and makes it a misery.

But with great perseverance he’s able to escape the island. During his incarceration, tales of a great treasure of the Isle of Monte Cristo reach him. He makes it his goal to reach this treasure, find it, bathe in riches, and seek revenges on the individuals who landed him in jail.

So, this is from the literary canon. A most famous epic, it’s up there with Moby-Dick in terms of the reverence some readers hold it in. As such, it’s often stuck on some folk’s shelves and goes unread, largely as it looks like an attractive prospect but the reader doesn’t have the time to wade through it all.

And at 1,000+ pages, you can see why. But if you’re willing to take the plunge, or head for the abridged version, then you’ll have the type of sweeping classic that made literature such a popular cultural form in the 19th century.

Dumas’ commitment to writing, and inventiveness with language, is still impressive to behold. But if there’s any criticism it’s one that belongs to his era – Dumas didn’t know in our era we wouldn’t have the time to sit around and wade through the book. It’s plodding and laborious in its approach, but if that’s your thing then you’re set for a great time of things.

And as a story it’s a riveting tale of betrayal and revenge. It’s just a case of whether you can find the time to read it. If not, truncation is the way forward. Or you can watch one of the many film or TV adaptations.

The Count of Monte Cristo is subject to ongoing, and many, film, stage, and TV adaptations. It’s also enjoyed regular pop culture references. In The Shawshank Redemption (1994), there’s a famous scene where dimwitted Heywood (William Sadler) thinks the novel is by one Alexandre Dumbass.

Arguably the most famous recent film adaptation is from 2002. Directed by Kevin Reynolds (whose other credits include Robin Hood: Prince of Thieves and other Kevin Costner epic romp Waterworld), its stars are Jim Caviezel and Aussie acting legend Guy Pearce. Notorious Irish hellraiser Richard Harris also has a major role in what was one of his final film performances.

But the story of The Count of Monte Cristo is far from over. Its enduring popularity ensure many more stage, TV, and film adaptations are on the way. And if you’ve got the time, why not give one a watch? This is classic storytelling from a master of his craft, even if he would have kept things a tad shorter in this day and age. 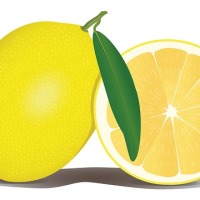 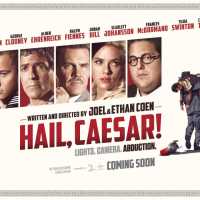