Right we are, Otogirisō (弟切草—St John’s Wort, in the bizarre but true English translation) is a 1992 visual novel game on the SNES.

It was a Japan-only release that was pretty much unplayable for most of us… until some kind folks uploaded the game to YouTube with an English narration. That’s a huzzah from us!

Otogirisō on the Super Nintendo

Chunsoft is probably most famous for the Shiren the Wanderer RPGs, even though those titles have rarely made it out of Japan.

Otogirisō is the same. The Japanese developer’s first ever game, Koichi Nakamura directed and it was launched on the SNES and marketed as a sound novel.

This was a very unusual movie for the time. But the idea was to create something along the lines of ’70s text adventure games, but with fancier graphics.

During the game’s production, Nakamura felt even that genre was too complex for what he wanted and so minimalised the experience as much as possible.

This kind of means Otogirisō isn’t much of a video game, more an adaptation of Chunsoft’s sound novel series. It’s also jazzed up in an electronic entertainment format.

Anyway, the plot. Plot! Here’s the plot of this game.

It’s a stormy night. Right? And two passengers survive a nasty car accident. After that, they seek shelter in a spooky house.

After no one answers the door, they head inside and begin… to hear… sounds amongst the shadows! Here’s part two… shivers down your spine, eh?

As we mentioned earlier, the excellent Tara A. Devlin has helpfully provided the full narration to Otogirisō.

This is in five parts across YouTube. So, if you fancy a sort of unique one-off on the SNES then this is worth a gander.

As for its launch status in March of 1992, the game was reasonably well received. The legendary Famitsu magazine actually gave it 30/40.

After shifting some 400,000 units on the SNES, Chunsoft also launched it on the PlayStation.

This version was marketed more as a horror game along the lines of the first Resident Evil by Capcom.

So, in terms of playing this game… that’s not really happening.

It’s more of an interactive story, mainly involving following the digital narrative. And that plays out like a Choose Your Own Adventure type of book.

That means you can pick the route you can take as you go along. But your interactions are very basic, often just the press of a button.

The rest is all down to the game’s graphics, music, and sound effects generating a sense of atmosphere.

And story, of course. As the player, you let the experience wash over you in the way you would a movie.

So we think it makes for an interesting idea to try on the SNES. And moderately successful in its application, as you can see in the playthroughs. Swell! 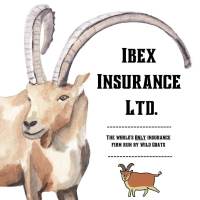