How Do You Live? by Yoshino Genzaburō

In 2021, Japanese classic How Do You Live? was published in English for the very first time.

And we can’t continue without mentioning Hayao Miyazaki, of Studio Ghibli fame, who’s come out of retirement to adapt the book into his final film. That decision spurred on the release of the book for English speaking readers.

But in Japan the work has been a classic since its launch in 1937. Written by Yoshino Genzaburō (1899-1981), it’s a really quite wonderful coming of age tale everyone should read.

Coming of Age in How Do You Live?

“People can forget their fear if a heroic spirit burns within them. Courage grows in a person, higher than any barrier, and then even your precious life becomes less precious. I think that’s the most fantastic thing. People becoming more than people.”

The narrative follows the story of Junichi Honda, a 15 year old Japanese student. He has the nickname Copper, after astronomer and polymath Nicolaus Copernicus.

He’s a smart and capable young lad, but the story begins shortly after the death of his father.

Copper now lives with his mother and avuncular uncle. The latter is a wise man eager to help his brother’s son grow up to be a magnanimous and moral individual.

One day Copper gazes at the bustling streets of Tokyo and starts asking himself the big questions in life. He turns to his uncle for guidance, who provides him with lengthy notes on the nature of life.

In his notes, Copper’s uncle unravels the secrets of morality. He takes in themes of friendship, philosophy, personal growth, poverty, and discovery.

Whilst Copper finds his place in the world, he becomes firm friends with local students Kitami, Uragawa, and Mizutani.

They all come from different backgrounds. Uragawa is, for example, not overly bright and from a life of relative poverty. Yet he’s diligent and noble, plus a good friend.

Chapters play out with the uncle’s notes alongside Copper’s various travails, such as failing to defend his friends from the school bullies.

It leaves the young lad mortified due to his momentary cowardice. His uncle notes:

“It’s truly painful to admit one’s mistakes. Most people think up any excuse they can to avoid it … But in the pain of our mistakes there is also human greatness. ‘Other than a dethroned king, who would sorrow over not having a throne?’ If we were not born with the ability to conduct ourselves with morality, there would be no reason for bitter tears.”

Gradually, Copper understands his place in the world and what it means to be a good person. His spirted and intellectual approach representing his father’s vision of what he hoped for from his son.

In many ways, How Do You Live? is the perfect tome for the current/post-pandemic world.

Genzaburō’s charming book is certainly unusual in its structure. As Neil Gaiman notes in his introduction, it’s reminiscent of Moby-Dick. It’s fiction, yet also features essays and extensive scientific notes about whales and whale hunting.

How Do You Live? has quite lengthy accounts of scientific concepts (fundamental physics) and historical reasoning (Napoleon’s rise and fall).

And although the book is classed as a work for children… is it?

We can understand Genzaburō’s goal, but (again) as Gaiman acknowledges the work is likely to leave kids indifferent or bored.

It’s adults reading the work, aware of what Copper’s uncle is trying to achieve, who can see the wonders at work in the narrative. A wise sage guiding a young man towards enlightenment.

Yes, we consider this a perfect time to bring this wonderful book to western audiences.

Post-pandemic (well, we’re still in the thick of it) where billionaire wealth has skyrocketed, inequality is soaring, anti-vaxxers are busy being halfwits, and then here comes this delight from 1937 packed full of worldly wisdom.

Highly recommended, as it’s a reminder of humanism and mindfulness—how helping those around us should be at the core of our daily duties.

The Making of a Modern Japanese Classic

Yoshino Genzaburō was an editor, writer, and journalist.

When novelist Yūzō Yamamoto (1887-1974) was unable to finish his Nihon Shosan Bunko Bunko series due to illness, Genzaburō stepped in to conclude with How Do You Live?

The book went through various ordeals in the initial years after its publication. During WWII it was subject to censorship.

As the book deals with themes of Marxism, socialism, antimilitarism, and Buddhism, it launched at a difficult period in Japanese history. As Penguin’s excellent article How a once-banned Japanese children’s book became a classic reveals:

“In the interwar period of the 1920s and 30s, Japan was becoming increasingly militaristic and authoritarian … the government had created a special branch of the police, called the Tokkō, to uphold the Public Security Preservation Law, meant to squash any anti-authoritarian, perniciously Western ideas expressed in art, writing, speech or performance.

By the early 1930s, when he was 30 years old, the Tokyo-born Genzaburo Yoshino had enrolled at Tokyo Imperial University to study economics but graduated with a philosophy and literature degree. He then found work at the University of Tokyo library, where he became interested in politics and began to explore socialism. By 1931, he was imprisoned for 18 months for his involvement in socialist thinking.”

When he was released from prison, that’s when Genzaburō was invited to work with Yūzō Yamamoto.

How Do You Live? was published in 1937, then banned in 1942 by censors. The 1945 republication removed any criticism of capitalism and imperialism. The class issues the book openly discusses were taken out, too.

Happily, those are now back in all editions.

Given the often wilful confusion with what socialism is online (certainly from the right of the political spectrum), it’s interesting to note the humanism that’s a core aspect of socialist thought here.

So many people have a real problem with generosity of spirit, preferring to sneer down with a sense of superiority on the less fortunate.

Genzaburō targets those sorts in the book, noting them as “foolish”. Which, indeed, they are.

And that’s part of the charming appeal of the book. It lays bare what’s important in life, in the same way Yanagi Sōetsu’s The Beauty of Everyday Things and other Japanese classics highlight. Minimalism, simplicity, and a solid groundwork in ethics.

Important lessons, considering capitalism teaches us to be as individualistic, pompous, and wildly excessive as possible.

It’s no surprise Genzaburō, alongside his writing work, was a campaigner for peace and international cooperation.

As for How Do You Live? in modern life, it’s receiving an entirely new lease of life.

In 2018, artist Shōichi Haga’s manga edition of the work was a bestseller in Japan. That surged sales of the 1937 book, which also became a top 10 bestseller that year.

And, yes, it’s now available in the west! It launched in April 2021 with a beautiful front cover by Anna Morrison.

Publishing in English for the very first time, Japan’s beloved coming of age classic on what really matters in life 🌙✨

“In addition to being a story of a boy growing up in 1930s Japan, it also contains many lessons, and a quiet but powerful message on the value of thinking for oneself and standing up for others during troubled times. In this respect, it’s a unique book, and particularly valuable now, when violence against citizens in on the rise, and independent thinkers are being attacked by their governments both here and abroad.”

Indeed. Which makes the news of Studio Ghibli’s film adaptation all the more an exciting prospect.

How Do You Live?

Yes! How Do You Live? (君たちはどう生きるか—Kimi-tachi wa Dō Ikiru ka) is getting the Studio Ghibli treatment.

Better yet, it’ll be legendary director Hayao Miyazaki’s first film since 2013’s joyous The Wind Rises. He had officially retired, but has decided to do this one final project.

In secret, Miyazaki actually began work on the project back in 2016.

And an update in December 2020 from executive producer Toshio Suzuki stated the film has no deadline. It’ll launch when it’s ready, but there are suggestions it’ll launch in 2023. In part, that’s due to some of the working restrictions created by the COVID-19 pandemic.

Patience is required, then! Studio Ghibli will meticulously take its time on this.

The Tale of the Princess Kaguya (2013) also had no deadline and took some eight years to make. You can’t rush these things, you know?

However, it is apparently over 50% complete. But other details about the production are pretty scant. It’s just something we’ll have to greatly look forward to, eh?

And it says a lot about Studio Ghibli’s popularity that its project is a big reason why How Do You Live? finally got an English translation and launched in the west.

Yet another reason to love the studio and its magical ways. 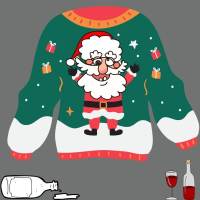 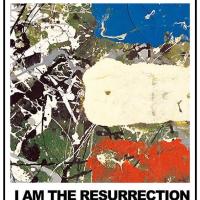 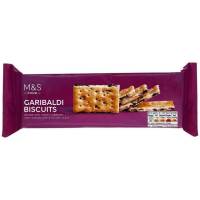 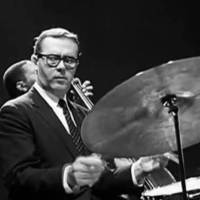