We all love Jelly Fish, so long as we don’t get anywhere near them. If you’re stung by one of those globule like things then the agony equivalent of stapling your eyelids to a firework will be hitting you pronto. And it’s a prolonged agony, too. The agonised wailing you see and hear in films when someone ends up being sent over the edge of a cliff, or something. Those pesky gosh darned cliffs. Not that Jelly Fish have to worry about cliffs, of course. Their biggest fear is probably a Blue Whale, or sumfink.

So what does you average Jelly Fish think of, anyway? It’s not like they really get up to much. They float about the place all day and don’t contribute anything to society. Even the ecosystem of the oceans don’t get helped by the things. Any fish unfortunate enough to come into contact with a Jelly Fish is gripped in a paralysing death gaze of agony. The end. HOWEVER! Jelly Fish do contribute some things to society. We list them in the following… list. Read on, Macduff!

1 – Without Jelly Fish there would be no name for Jelly. Well, there would be a name but it would be something stupid like Wibbly Wobbly Stuff. And how stupid would that look on packets? It’s not good advertising, guy!

3 – A common myth is that, if a human is stung by a Jelly Fish, the application of urine to the stung area will desist the agony. This is pseudo-scientific nonsense! The only way to stop the pain is to perform an immediate amputation of the affected limb and/or area stung. Divers, for instance, are encouraged to carry with them rusty old pen knifes to perform emergency operations on a whim. Most famously, in 1972, English diver Rupert Spiffington hacked his arms off after being stung by a Jellf Fish off the coast of skegness. It later emerged it was just the pollution in the sea making his arms tingle, and he later mutated into a 20ft monster who disappeared into the sea off of Cornwall. He is now know as the Beast of Cornwall and, occasionally, returns to land to promote his recently written autobiography; “A Day In The Life Of A Mutant Sea Monster”, and his sensational bestseller for diet fanatics, “Guaranteed Weight Loss: Drink Nothing But Sea Water!”.

4 – Jelly Fish are highly sociable animals and hold plenty of debate whilst they float about doing nothing. Famous Jelly Fish thinkers (known to their community as Jelly Brains) have discussed jelly politics in several dramatic polemical works now, sadly, lost to the tides of thyme. The most recent Jelly Fish genius, Jeff the Jelly Fish, has postulated that the sea is an ocean stretching around areas of land inhabited by creatures he calls “Beasts of Unimaginable Tallness”. These are human beings, naturally, and Jeff also believes the sea, “is like a sort of circus. But not a circus full of clowns, lions, trampolines and annoying screaming children, but a cirus of endless DEATH and water and bits of old sandwiches floating about. Lo… truly it is a place of grandeur and fish!”.

5 – As Jelly Fish don’t have any hands they can’t pick stuff up.

6 – At popular holiday resorts, such as Butlins in Skegness, instead of fire alarms staff are ordered (in the event of a fire) to wake up all customers by pelting them with Jelly Fish. Whilst this is frowned upon by human rights organisations, Butlins states this policy is vital for the well being of all involved. Even the Jelly Fish. They stated, “Jelly Fish need a reason to live. They NEED to sting stuff. We’re giving them stuff to sting.” 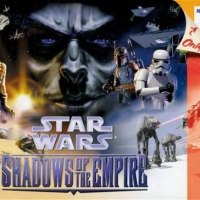