Halloween? No! Time To Celebrate Holloween!

Halloween is here again, not that Professional Moron really gives a damn. Guy Fawkes Night is what it’s about in the UK. Boom! Still, we don’t begrudge Americans their joy of terrifying each other with ghoulish screams, high pitched cackling, and ear-splitting horror. Or is that just Justin Bieber’s latest single? *polite laughter*

Halloween seems to be (as an outsider – we don’t really “do” it in the UK) an opportunity to eat a load of sugary confectionary goods, and blow up someone’s house (the “trick” element) should a family relent from fulfilling their expected role. We say “trick or treat” should be adapted, as is the natural way of things, to make Halloween more hollow, emotionless, and outright depressing. It’s time for Holloween!

Holloween, as we have proposed it be renamed, turns events into a bit of a bummer. Hey, we’re not total misanthropes, thing’s already got a head start as pumpkins are hollow. Look at the blog image! We suggest everyone generally hollows out all their foodstuffs to mere shells of what they once were before. Thusly, kids will have the crushing disappointment of sweets which have been hollowed out, along with cakes consisting of nothing but emptied out sprouts. If they complain, they’ll be pelted with pumpkin seeds!

Not only will the food be crushingly unfulfilling and disappointing, but everyone they speak to will heave an apathetic sigh of dispassionate resentment about the whole thing. Holloween will become a time of great misery and contemptible self-pitying, with miserly folk wandering the streets cooing about how emotionally uninvolving the whole endeavour is.

Oh well, at least the TV will liven things up. Think of all the great films to watch! To accompany this sense of rousing excitement, Adam Sandler will produce unfunny films to be timed with the big day. The audience will sit there watching in disdain, crunching their way through popcorn kernels (not popped, obviously), and wondering what on earth went wrong with the Earth.

To conclude the event, everyone will watch Sleepy Hollow and wonder why the 1999 film starring Johnny Depp was much worse than it should have been. To try to cheer themselves up, Holloween goers will then watch mediocre 2000 flick Hollow Man with Kevin Bacon and Elisabeth Shue. It will be a most hollow, uninvolving experience… 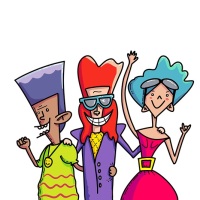 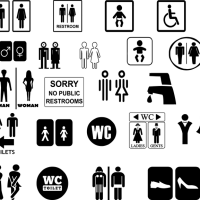