In Search of Lost Time consists of seven volumes written by the legendary Marcel Proust (1871-1922).

That makes it a heptalogy, just so you know. It’s a quite wildly thoughtful series of books concerning the narrator’s musings on childhood, time, memory, and life in general. The volumes were published from 1913 to 1927, with Swann’s Way – the first volume – starting everything off.

Proust began this around 1909, it’s believed, when he was 38. Swann’s Way starts with the childhood of a chap called Marcel, but Proust subverted traditions by moving this life story away from a standard chronological order.

Instead, the narrator heads backwards in time to uncover the history of the family and a love affair. Sacré bleu!

The story begins in the French town of Combray, Normandy. History lesson: Proust’s tumultuous childhood was over in Paris, shortly after the Paris Commune when a radical socialist party ran things for several months (this being the aftermath of the Franco-Prussian war).

Napoleon III had been defeated in 1870 and the French Third Republic arrived due to this. This remained in action until the Nazi’s conquered France in 1940.

Early chapters deal with insomnia and memory as the narrator waxes lyrical, before we’re introduced to a friend of Marcel’s family – Charles Swann.

The chapters move on as Marcel discusses his youth and his poor sleeping habits, before cutting back 15 years to discuss Monsieur Swann further. Primarily, Swann’s affair with Marcel’s mother Odette.

Now… Proust’s laboriously constructed story won’t be for everyone. It has a reputation of being boring for some, but it depends on what type of reader you are.

The prose is beautiful, there’s no denying that, but anyone with limited time on their hands might have to leave the full seven volumes until they’ve retired.

For all Proust’s musings on time, the lack of it is going to be the main reason most modern readers can’t get into Swann’s Way.

Proust, of course, was writing in an era where more people would happily sit down and read through the entire volume. Times may have changed, but this shouldn’t take away from his incredible achievement – we’ve only read Swann’s Way from the full volume.

The beauty of his writing style remains intact, but certainly we don’t have the time to wade through the remaining six! We can, however, encourage anyone with a love for the written word to at least try out Swann’s Way. Sophisticated it most certainly is.

Yeah, so you’ve read our rambling above but, oooh, look! There’s a video! Right, so Proust was born in the borough of Auteuil in Paris, where Victor Hugo and Molière also once lived.

He was a socialite of sorts, but his terrible asthma affected him severely and his misanthropic outlook forced him to become increasingly reclusive.

The quirks of a great writer grew from there – strangely enough, he was nocturnal, choosing to work by night and sleep during the day.

He became a prolific letter writer, whilst dedicating all his time to finishing In Search of Lost Time (A la recherche du temps perdu, in French). Although not confirmed, it’s likely he was gay, but the early death of his parents left him devastated.

He died of pneumonia, missing out on the publication of the final three volumes of his masterwork, but has been guaranteed a lasting legacy thanks to his hard work. 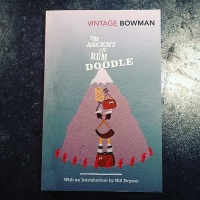