12 Months Renamed for the Better

Months are important because, without them, you’d have no idea what month it is. However, we’ve been using the same month names for bloody ages. That’s a bit boring. Consequently, we’ve shaken things up by introducing new month names – get them into your thick skull, as we demand they’re enforced by Q1 2019. The world’s governments have been notified and it’s, probably, going ahead. So, better get revising!

First up, we want months to be renamed “moths”. This is fair to the moth community, which has been so cruelly denied by the thinnest of margins all these years.

Doing away with good taste, this month is all about being as wasted as possible on gin. Productivity goes out of the window in favour of telling random strangers, “I bloody love you, you’re my best mate, you are.”

February is more abusive than it used to be. It’s now mandatory to roar this month’s name in the manner Father Jack from Father Ted does.

March of the Penguins

This penguin heavy month is for all the penguin lovers out there. If you don’t like penguins, first up – what’s wrong with you? Next up, you’ll just have to wait patiently until…

The Teenage Mutant Ninja Turtles star should be given an honorary month in tribute to that bizarre yellow onesie she always had on. Freak.

A great month for anyone called Mary. Less so if you’re not, but then never mind – you’ll just have to wait until someone refers to you by name.

June is booted out of the way in favour of celebrating spoons. They are great, so everyone will be forced (on pain of death, naturally) to walk around carrying spoons with them. All meals must be eaten with spoons! Except soup. You have to use your hands for that in an ironic twist.

July is now all about lying. This month will be crammed full of fibbing and, my word, profit margins will drop or soar accordingly, depending on your business.

We’ve never been fond of the “gust” bit in august. It seemed out of place and pretentious. Thusly, we’ve updated this to a two letter word to make it more appealing to people who prefer two letter words.

A subtle change, but definitely one we prefer. Septumber has a better ring to it. It just feels… right.

October is now all about these ink-happy fiends. No real reason, it’s just we like the way they swim and, so, we believe everyone should be forced to celebrate this for at least 31 days of each year.

Scatological humour fans rejoice! This month is entirely for you. Laugh like an idiot as you watch the news and the likes of ultra-serious company execs burp their way through the month.

The extended “brrrrrrrrrrrr” is clever as it highlights how cold it is. When you say it, you must accompany the word with fake shivering and rubbing at your arms, thusly indicating it is, indeed, chilly. This is mandatory, of course, failing to do so will result in 55 lashes from one of those cords you get with dressing gowns.

On a final note, years has been changed to “ears”. We feel ears will benefit from this on a public image front. From now on, you’ll say things such as: “It was the ear 1974”, “What ear is it?”, or “Happy new ear!” (the latter will also work for anyone who’s just had an ear transplant). 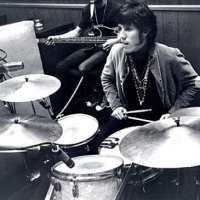