Where ABZÛ been all our lives? That’s what we thought this aquatic indie gem from Giant Squid Studios.

Released in 2016 on the PS4, Steam, and Xbox One, this single-player adventure takes you deep into the depths of a beautifully realised oceanic world.

Now, if there are still people out there who think video games are “for kids” (and there are plenty of people with this limited mindset), ABZÛ is a perfect example of how video games can achieve high artistic values.

An often serene and spectacular experience, it provides an exercise in contemplation and relaxation.

Giant Squid Studios intended it as much more than that, though. As they explain on their site:

Which is nice. But if you think they’re talking pretentious nonsense, then stop for a second to enjoy this section of ABZÛ.

Now, many video games offer juvenile violence that’s getting monotonous – as predictable as our dismissals of the tedious overuse of derivative FPSs!

But ABZÛ is an example of a developer being graceful, which is why we prefer indie games over the banality of mainstream efforts.

Bear in mind most gamers will be playing the above in solitude, with earphones in, in a dimmed room enjoying their alone time.

So this sort of elegance, in which you’re actively involved (even if it is only steering your protagonist through the frame) is highly absorbing.

Even moving. We’re too manly to shed a tear, though. We simply went and leered at some women in the street from our office.

The game is highly recommended. With its sedate pace, themes of exploration and personal understanding, you have here a short but magnificent piece of work.

It’s like diving into a movie at times, replete with a cinematic scope that’ll move you and leave you positively thrilled. So obtain and enjoy. Or else.

All of the above begs the question—are video games art? Well, it depends on what you play, really. It’s the same as anything. Some paintings are rubbish.

Others are magnificent. A lot of games promote juvenile stupidity, whereas others aim at lofty heights to shift public perceptions of the industry along.

Then you have the likes of Journey, which is an audiovisual treat.

Certainly one of the most emotive modern big blockbuster games remains the epic Nintendo classic Zelda: Breath of the Wild.

But there are other projects that have pushed the medium as far as possible, too, such as Ōkami, Shadow of the Colossus, Final Fantasy VII, Chrono Trigger, and a whole batch of indie games.

But yeah, the point of this is to highlight these things can be inspiring experiences. You just have to head off in the right direction.

Whether it’s ABZÛ or you’ve picked up some groovy looking thing on your smartphone, just plug your earphones in and enjoy the whole endeavour.

Oui? That is how one can make the most of these delightful SOBs. 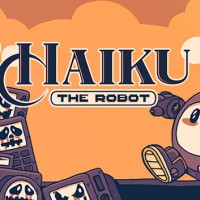