It feels about time to honour the legendary Chrono Trigger (1995), a much-lauded SNES RPG from Squaresoft (Final Fantasy VI is another) that many industry sorts consider one of the best games ever.

Some would even go as far to say this is the best RPG, if not best game, of all-time. And that’s one heck of a bold statement! Let’s see why everyone is so excited.

Although the title didn’t feature on the SNES Classic Mini, for some insane reason, it’s nonetheless available on iOS and Steam these days.

The latter versions have drawn much criticism from some gamers who are unhappy with the graphical upgrade and formatting – whatever, we’ve had no issue at all with the Steam edition and it’s wonderful to just have access to this thing.

Back in 1995, Squaresoft was an industry behemoth that could do no wrong. It even followed up Chrono Trigger with the almighty Final Fantasy VII (1997) for the PlayStation.

But whilst still affiliated with Nintendo in the late ’80s to mid-’90s, the developer arguably had its finest creative run.

An incredibly ambitious RPG, Chrono Trigger merges complex storytelling and character arcs with, for the time, a revolutionary combat system.

Complementing this was a vibrant sprite graphics scheme and a proper belting soundtrack. It’s all classically immersive.

The plot sees you star as Crono, a wavy-haired dude living in 1000 AD. When his friend Marle is sucked into a time travel portal, his life then descends into a quest to recover her and save the universe.

And over 20 years later, it’s still a sensational gaming experience. But why does it stand out so much?

Many gamers cite the story, which is quite enthralling and a shining example of how to deliver a winning video game narrative. So many developers screw that side up even to this day, it’s untrue.

Well, the nature of the project is the stuff of legend – Squaresoft’s assembly of a dream creative team already famous in the 16-bit era. The idea was to deliver an epic project and, yep, they delivered.

The focus on time travel as a plot device (and how it influences moments late in the game) and the real-time combat system were revolutionary.

The latter ensures teamwork is essential and you can really get some intense battles going.

But the title also introduced the New Game+ option many developers still turn to. This is where you complete the game, but get the chance to launch straight back into the adventure with all of your power-ups and skills.

So, you complete the title again – at greater speed as you’re now ultra-powerful – and get to see the various different endings.

It’s a game about story. The engrossing plot is what keeps players talking about it – the game is so complex and multilayered.

A fascinatingly intricate title. It’s really astonishing this was a SNES game, but it goes to show the absolute creative high developers of the SNES-era were on.

And it’s no wonder so many gamers still believe the SNES to be the best games console of them all.

Want further proof? Well, we only scratched at the surface of this fantastic game. But you can check out the Well Red Mage’s extensive – if not definitive – review of Chrono Trigger.

And if you want to play it? Well, you can hunt down an old SNES copy. Or you can get it on Steam or even your iPhone. Bonus. 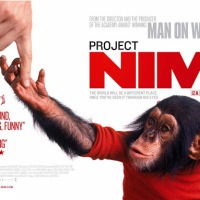