Street Fighter II Turbo: A Beat-Em-Up Worth Beating Up

Released in February of 1991, this is one of the most legendary fighting games of all time. It hit the arcades as Street Fighter II Turbo: Hyper Fighting in 1992.

Capcom then made a port for Nintendo’s SNES in 1993 and, for many kids, this remains the beat-em-up of their youth. Hadouken!

Right, so this was the third game in the series, but Capcom’s inexplicable and bizarre naming decisions for the franchise mean the whole thing is a mess. Look at this crap:

Despite it all getting stupid, Street Fighter II Turbo was early on and really has a place as one of the greatest games on the SNES.

Now, we really can’t stand beat-em-ups as a genre. There’s something about them we find utterly insipid—the repetitive nature, perhaps, or the juvenile violence.

But genre behemoths like Tekken, Soul Calibur, Smash Bros, and Capcom’s effort have a legion of fans. And for what it’s worth, our nostalgia glands have a lot of time for Turbo.

The SNES the Wapojif seniors bought us in the early 1990s came bundled with it. So, we didn’t get a choice—first world problems forced us to play it!

But it’s made researching the game a bit difficult, because of all the minor bloody differences between II and Turbo (and how most clips on YouTube cover the former rather than the latter).

But the idea for this title is to demand better skills from players. And you do need it – this thing is damn tough. But it’s also iconic.

Some of the sound effects and music are legendary, with the former featuring Ryu doing some fancy noises.

And with a roster of characters including Ken, Chun Li, Guile, Blanka, and that obese sumo guy, you have everything adding up to create something of a weirdly engaging beat-em-up masterpiece.

There’s just something about it that’s so compelling. The graphics are fantastic, atmosphere engrossing, and it’s so challenging—skilled players really do make a difference.

And with each stage packed with character, it stands as a beat-em-up that even non-beat-em-up fans can adore. And, as Ryu would say, that’s tatsumaki senpuu kyaku!

A quick aside here on Ryu’s iconic catchphrases. Just what is the black belt dude on about?

There are three lines he uses whenever he performs a certain special move. These are, along with their respective meanings:

To honour the Turbo game, Capcom went ahead and did this thing in 2017. It’s a graphical overhaul of Turbo and it looks pretty fancy, eh?

It’s only available on the Nintendo Switch at the moment and had decent reviews—it’s a nostalgia trip, for anyone interested.

Finally, the series was so successful it triggered off a shambolic, so-bad-it’s-fantastic film adaptation in 1994.

Still, despite the overwhelmingly negative reviews it now has a cult classic status. Mainly as it’s so ridiculously camp, self-aware, and bloody terrible. 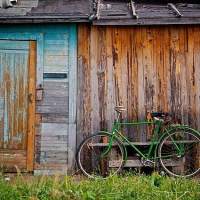