The Legend of Zelda: The Wind Waker is Just Super

Here’s one from Nintendo that’s defied the odds. The Wind Waker (2002) initially met with disappointed reactions upon its 2001 GameCube reveal, with some gamers criticising the child-friendly look. But heading for 20 years later and it’s now a charming classic from the wonderful Zelda series.

When announced at Space World in 2001, The Wind Waker met with mixed reactions. The cel-shaded graphics were a strange step away from previous titles in the series.

“Here we go again, Nintendo kiddifying everything again! What do those idiots know about their fanbase?!” Went many of the tedious complaints.

Intelligent people, meanwhile, waited patiently for the game’s release in 2002. Sure enough, it was bloody brilliant. And a decade later – as part of a bumper Wii U package in 2013 – Nintendo launched Wind Waker HD.

Now, a large part of the game involves sailing. This is, indeed, a divisive part of the game. As with Breath of the Wild, it requires a more introspective outlook to life. If you find the below clip utterly charming, then you’re set for an amazing time of it.

Plot-wise, it’s the standard action-adventure stuff. After coming of age on an idyllic island, his sister is kidnapped. Heading out onto the Great Sea, it’s his mission to save her and restore order to the oceans.

Nintendo’s Eiji Aonuma directed the title, with industry legend (and series creator) Shigeru Miyamoto helping to produce. And despite the concern over the look of the game, it went on to bag rave reviews – even claiming several Game of the Year awards.

Gameplay wise, the central element revolves around traversing the giant expanses of ocean. It’s arguably the most open-world type Zelda in the pre-Breath of the World era of the series.

And the oceanic parts are quite breathtaking. It’s a beautiful element to the game as you take in sunsets, sunrises, and storms.

But… it does take a while to get around. And the more impatient gamer (of which there are many, unfortunately) will struggle to grasp the escapist beauty of those moments.

Despite the graphical differences, The Wind Waker is pretty analogous to Ocarina of Time in its structure and gameplay mechanics.

And once you reach land sections, it is quite linear in its approach – each island (and there are a lot of them) is a “stage” you have to complete.

But it’s just dripping with charm from every bloody pixel. Those cel-shaded graphics and the joyous soundtrack make it a life-affirming, uplifting experience and, in our opinion, one of the finest Zelda games of the lot.

To wrap up this retrospective, we want to take a brief look at the wonderful sailing sections of the game. As you can see from the above clip, the focus is on an artistic sense of relaxation: the sounds of the ocean, sunset, and those ever so appealing visuals.

But if you play through the game you better get used to it. If The Wind Waker has a flaw – as we mentioned earlier – it’s that you have to get used to the near endless sailing.

But if pimping your ride is your type of thing to speed up your voyaging, then you’re able to pick up a swifter sail reasonably early in the game.

It takes a bit of effort to get the thing, but once acquired you’re soon pelting across the seas at breakneck speeds. It helps if you’re speedrunning, we guess, but we’re perfectly happy to kick back and enjoy the views at an OAP’s pace.

But exploration is always such a massive part of any Zelda game, so you should know what you’re getting yourself into if you like the games. And for us, heading out onto the ocean never gets old. 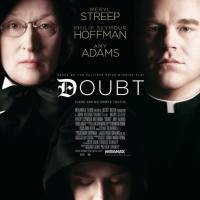