Recently we were staring at written Japanese symbols. We can’t understand a word of it, but the natural beauty of the things got us wanting to find out more about how the language works.

Okay, from our research we found Japanese writing is a type of logographic kanji and syllabic kana, with the former adapted from ancient Chinese symbols. That lot means:

That’s not confusing at all, right? There are well over 50,000 kanji phrases, but most people in Japan don’t learn that many.

The school curiculum determines that students must learn 2,136 jōyō kanji as determined by the Japanese Ministry of Education.

This is because several thousands kanji are in regular use. But a lot of them have more than one pronunciation. And the choice of that depends on the context the speaker is aiming for.

And to think, here in England a lot of adults struggle to tell the difference between your and you’re.

There are 125 million native Japanese speakers and, well, for anyone outside of the country it’s just confusing.

This is an agglutinative and mora-timed language. What do they mean? Here we go:

There’s a lot of honorifics going on as well, which are the “san” and “sensei” terms you’ll have heard thrown around over the years.

Frankly, this is hellish confusing and we doubt we’ll be learning Japanese anytime soon. But it looks pretty, at least! That’s easy to understand.

What’s incredible about kanji etc. is you can write one words and it looks wondrous enough to frame it and hang the thing on your wall.

English doesn’t have the same effect. For example, in Japan the term for “cheese is very tasty”:

You’d happily hang that on your wall and feel all pleased with yourself about your artistic excellence. You certainly wouldn’t hang the English noun “Cheese” there for friends and family to see.

Well, we would. But then that’s us, Professional Moron has a cheese slab right there as a logo. But the non-moronic sect of society would go for the Japanese option.

Of course, we’re no experts at all here. The above duo are. So you can have a gander at that if you’re planning a trip out to Japan soon.

But you can always hire a translator to do all the hard work for you. Probably a sound idea (NB: joke added to try and make us look less stupid amongst this complexity).

A good example of the confusion between language crops up in Sofia Coppola’s excellent Lost in Translation (2003).

In the film, Bill Murray’s character Bob is in Japan to shoot a commercial for a whiskey product.

The director rants with enthusiasm about what he wants, but becomes frustrated as Bob doesn’t comprehend a word he’s saying.

But the real problem is the translation lady, who isn’t describing the director’s directions at all well. Again, due to the language barrier. Here’s what’s really going on.

Yet it also seems like the director is a bit of an overly perfectionist type, doesn’t it? Can’t fault that final delivery, Bob, but these directors, eh?

Anyway, we one day hope to travel to Japan to experience all of this. Confusing it most certainly will be, but it’s the type of trip certainly worth taking.

The nation’s stance of politeness, tea, and minimalism sure fits our world view. But until then, さようなら! 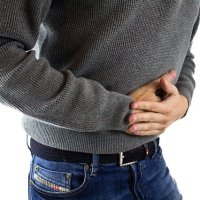