Here’s a dramatic novella told in the form of letters sent between friends. Published in 1938, it sent out a stark warning about the dangers of Nazism.

After its publication, it was banned in Germany and editions were destroyed in Nazi book burnings. Recently, Kathrine Kressman Taylor’s work has found a modern audience.

Although a concise work presented in the form of letters between two friends, it’s quietly powerful and truly disturbing.

What makes the short story so effective is our understanding of history now.

When Address Unknown was published in 1938, it was to present the dangers of Nazi Germany to the American public.

Hitler’s demagogue was in full flow and brainwashing huge sects of a nation (see Hitler: The Rise of Evil for more there).

How can someone be so ridiculously kowtowing to the nationalistic line?

And that’s, in part, what makes the book so powerful. Your imagination fills in the gaps—between correspondence, Schulse is off under the mantra of Nazi propaganda.

The result is we see two friends—one of whom has recently moved from America back to Germany in excitement at the progress in the country—end their relationship.

Schulse becomes caustic and damning in his responses, ragingly antisemitic, shockingly abrupt. Presenting the type of forceful opinions that we, unfortunately, increasingly see flying around online these days.

So it’s fairly obvious this work is becoming frighteningly relevant to our times, now with the rise of hate crimes and far-right governments. It’s deeply worrying.

And back in 1938 this book was set to prove alarmingly prescient.

Again, the brief account of a friendship in total collapse. Schulse loses it to Nazi propaganda.

Einstein, devastated, mourns the loss of it all—from America, he wonders in despair about how it could all go so wrong. And then conceives a brutal revenge.

Address Unknown has come back into the limelight since the early 1990s. This edition is from 2019 and features strikingly simplistic, but effective, artwork on its cover.

Upon its publication, Taylor and her publisher felt the book was too brutal for a woman to write. So she went under the pseudonym Kressman Taylor.

These days, it has her full name across the work. And as slight as it may be, it’s a highly recommended work of fiction.

Taylor (1903-1996) was an American writer most famous for this work. A huge hit upon release in 1938, it was a bestseller and publishing began outside of the US.

However, 1939 was the year of Blitzkrieg. WWII broke out and the Nazis (rather predictably) banned the work in Germany and the other nations they rapidly conquered.

The New York Times, in 1939, said, “This modern story is perfection itself. It is the most effective indictment of Nazism to appear in fiction.”

There was also a film adaptation in 1944 directed by William Cameron.

Taylor followed it up with Until That Day in 1942, which was republished in 2003 as Day of No Return.

But in the mayhem during and after the war, the book slipped into obscurity and wasn’t back on the public conscience until 60 years later.

The likes of The Diary of Anne Frank and If This is a Man, perhaps rightly, began to steal the post-war limelight.

But to mark the 50th anniversary of concentration camp liberation, Address Unknown was reissued in 1995. A 91 year old Taylor was happy to grant press interviews and sign copies of the work.

Of the book’s creation, she said:

Address Unknown then took off in Europe after a French publisher launched it in 1999 as Inconnu à cette adresse—it was immediately a bestseller.

We picked up the 2019 edition just recently and can tell it’s one of those stories that’ll stick in our memories for some time.

For these days, it’s a stark reminder of the dangers of the far-right and demagogues. As well as a chilling classic of 20th century literature. 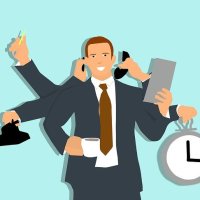