With the passing of Charlie Watts last week at the age of 80, we thought it was time to pay tribute to The Rolling Stones’ legendary drummer.

Born in 1941, Watts grew up in Wembley of London. Due to the nature of the times, many of his neighbour’s homes had been destroyed by the Luftwaffe in WWII.

As a schoolboy he showed skills in art, music, and sports. And he even bought a banjo, until hearing drummers such as Chico Hamilton made him want to be a drummer.

He first worked as a graphics designer for a marketing company in London, all whilst drumming in local bands.

In mid-1962 he met up with Brian Jones, Mick Jagger, and Keith Richards who were regulars in rhythm and blues clubs.

And in 1963 he joined The Rolling Stones, a band we’re pretty sure you’re familiar with.

The ’60s had such massive, explosive drumming names including Ginger Baker, Keith Moon, and John Bonham.

Charlie Watts was amongst them, but he was more in line with the restrained Ringo Starr style of playing you’d expect from trad jazz bands.

That’s not to suggest he wasn’t a terrific drummer, however, as his sharp and uncluttered and driving style was perfect for The Rolling Stones’ music.

And his rather cool attitude made him look like he was bored out of his mind whilst playing along with the band.

However, he wasn’t. He was positively thrilled, he just didn’t much enjoy the limelight. He simply enjoyed playing the drums—minus the posturing for the camera.

The Rolling Stones, obviously, became an international super band and still tour to this day. Although that may be in question now Watts is gone.

Mick Jagger is 78 (but keeps himself trim and fit) and Keith Richards (against all the odds) is still with us at 77.

Touring and making music has been their lives, so it must be difficult to let that go all of a sudden after a lifetime of it.

Watts’ last show with the band was in August 2019 in Miami, Florida. And he didn’t miss a concert with his band from 1963 onwards.

However, other major acts have continued without key members before. The Who did it for Keith Moon (who died in 1978) and bassist John Entwistle (2002).

But what The Rolling Stones has lost is its stylish, steady, crisp clear backbone to songs.

We don’t think Watts was the best drummer of his generation by a long shot, but he certainly was brilliant in his precision, quality, and timekeeping.

As you hear, he was uncluttered and to the point. No bombast, unlike peers such as Baker, Bonham, and Moon.

Some of Bonham’s drum solos could go on for 30 minutes.

He was an absolute genius, but even with his skills that’s not what every concertgoer wants to hear from a band.

For a group like The Rolling Stones, it’s about the generation defining hits. And Watts was there for all of them with his punch and memorable style.

No filler. No time wasting. To the point and all done with a dapper style, distinctive cool, and down to earth attitude.

Full tribute to him as well for generally ignore the pomp and ceremony of the rock ‘n’ roll world.

He was faithfully married to his wife for almost 60 years. And other than a brief spell in the early ’80s, he generally avoided the usual drink/drugs issues of the industry.

Whether The Rolling Stones will now call it a day we’ll wait and see, but it would be a fitting tribute to Watts’ importance should they do so. 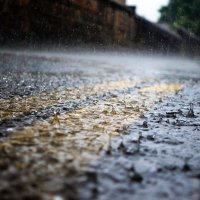